R. Harlan Smith founded Royalty Records in 1974. With the first 30-odd years Harlan recorded two albums for GRT Records (“Uptown Country” and “I Remember Love”) and five subsequent albums on his own label Royalty Records receiving numerous regional, provincial and national industry awards and nominations, including awards of excellence for performance, production, songwriting, and industry builder. In 1977 Harlan was the recipient of Canadian Country Music Album of the Year Award for his album “Here Comes Yesterday”. Throughout his career Harlan sang and performed live and had his recordings played in numerous countries, wrote over 200 songs, produced over 40 albums and 200 plus singles, mainly for western Canadian artists, the majority of which, over the years, charted nationally and some internationally, twice won the award as Canadian Country Music Producer of the Year, and holds the distinction of being the first Canadian record producer to have 4 separate singles by 4 different artists all charting nationally in Canada’s top 50 at the same time, all four being western Canadian artists.

Because of his belief in Canadian country music, especially the kind coming from Western Canada, in 1974 R. Harlan Smith, along with a business associate Jack Dubasz, founded one of Canada’s most successful record label/distributors – 100% owned and controlled, Alberta’s Royalty Records. Later on, Harlan developed the concept of a Canadian Country Music All-Star Show through a separate company, Royalty Shows Ltd. The late 1980’s and early 1990’s saw the 13 piece show travel and perform not only in western Canada, but in a variety of foreign countries including Holland, Belgium, England, Scotland, Denmark and Germany, thus creating international exposure not only for the musicians involved, but for western Canadian artists and their songs, such as Laura Vinson, Gary Fjellgaard, Chris Nielsen, and others to new markets and performance opportunities.

Harlan has also been honoured by the city of Moose Jaw, SK as an Honorary Citizen, is an Honorary Westerner and an Honorary Calgarian, and in 2004 received the prestigious honour of Industry Builder from the Western Canadian Music Alliance. In 2005 Harlan was also inducted into the Canadian Country Music Hall of Fame as an Industry Builder. Several years ago, Harlan was a nominee for Alberta’s inaugural prestigious Lieutenant Governor’s Awards, chosen along with 84 other artists, performers, architects and playwrights. In 2012 Harlan was awarded the Lifetime Achievement Award by the Alberta Men & Women of Country Music and most recently was inducted into the 2013 Alberta Country Music Association’s hall of fame.

Through his music publishing efforts and sound recording projects, many young, unheard of writers saw their songs recorded and played on national and sometimes international radio.

Several years ago Harlan retired, but on occasion still performs with the Alberta Country Legends, and consults on a limited basis, when asked, within the industry. The Royalty group of companies are now under the guidance of Harlan’s son, Rob D Smith, and a hand-picked team of dedicated people whose mandate is to further the growth of Royalty Records as an Alberta owned nationally recognized label/distributor/music rights/intellectual property company focusing mainly on the development, marketing, and promotion of Alberta and Canada’s best musical talents to Canada and the world.

Since its creation, the Edmonton based label has focused mainly on country music, and recently expanded into Canadiana, Roots and Alt Rock, representing recordings by such Canadian artists as Mike Plume, Blackie Jackett Jr., Orchard Sky, and The Goddamsels.

Son of a Country Man

We've Got the Magic 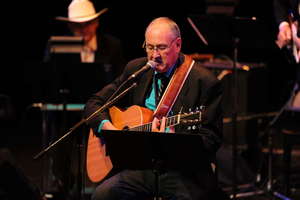 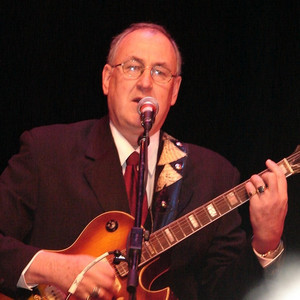