Rhonda Silver is a singer / songwriter / pianist with a distinctive velvety sound and a big range. Her sensuous songs are influenced by jazz, blues, r&b and a touch of pop. She has recorded and sung back-up for some of the biggest stars in show business including Bob Seger (Night Moves), B.B. King, Lou Rawls, Dusty Springfield, Anne Murray, Gordon Lightfoot, Barbara Mandrell, Kenny Rogers, Mel Torme and Wayne Newton.

Rhonda was a member of Dr. Music, a renowned group with several hit records. She has worked in the U.S. on television and in nightclubs and while in Los Angeles, appeared as a regular on the Alan Thicke TV show. In addition, she headlined along with Tori Amos at the Bonaventure Hotel in L.A. She also often performed at the famous Joe Ricos jazz club in Miami. Rhonda, who hails from Toronto, also shared the stage with Shania Twain at the Deerhurst Resorts acclaimed Vegas-style Review Show for two years. While in Vancouver, she starred at the well-known club called The Cave. Some of her Canadian television credits include starring in her own music special called Caught in the Act on Global TV. She has also appeared on many CTV and CBC music shows including Music Machine.

Rhonda has had a number of catchy songs recorded by many well-known Canadian singers. The Nylons, featuring Billy Newton-Davis, recorded four of her songs including What Does Christmas Mean, Secret Part of Me and You’re the One I Turn To which have all received a lot of air play. She wrote and produced a song for AIDS entitled The Human Family, which was recorded on A&M Records, and featured Dan Hill, Shania Twain, Alfie Zappacosta, Salome Bey, Veronique Beliveau and Deborah Cox. Rhonda also recorded on A&M Records as part of a well-known country duo Silver & Degazio. Their Juno-nominated album had two number 1 hits including Hello Good Morning and Cruel-Hearted Lovers. Some of her original songs were also featured on the album.
Rhonda, as the Silver in Silver & Degazio was twice nominated for a Juno award and once for a CMA award before seeking a solo career.

The eighties saw Rhonda and Shania Twain share their professional careers performing on the stage at the famed Deerhurst Resort in Huntsville, Ontario.

Numerous TV and radio shows have carried Rhonda's distinctive styling along with some high profile commercials for large corporations. Her voice is well-known from the many TV and radio commercials she has sung on including Keep them guessing with Oil of Olay, Dr. Pepper, Carlsberg Beer, C.N. Trains, Plymouth Chrysler, Coca-Cola, to name a few.

The Land Is Strong

The Land Is Strong 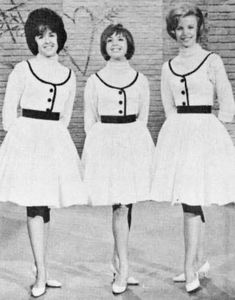 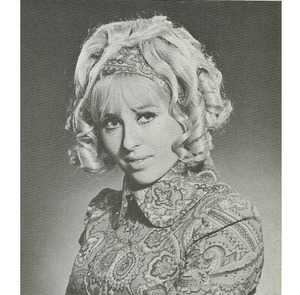