Recognized by genre aficionados as one of the greatest singers and most riveting stage presences in soul music, Jackie Shane has remained largely unknown outside Toronto, where her career briefly flowered in the 1960s. Ms. Shane is a star without parallel—a pioneer of transgender rights, living her entire life as a woman at a time when to do so seemed unthinkable.

Jackie Shane, singer (born 15 May 1940 in Nashville, Tennessee; died 22 February 2019 in Nashville). Jackie Shane was a pioneering transgender performer who was a prominent figure in Toronto’s R&B scene in the 1960s. Her cover of William Bell’s “Any Other Way” reached No. 2 on the CHUM singles chart in 1963. Her 1967 live album, Jackie Shane Live, was reissued in 2015 and was shortlisted for the Polaris Music Prize’s 1960–1970 Heritage Award. Any Other Way, an anthology album of songs from Shane’s career and monologues from her live shows, was released in 2017. It was nominated for a 2019 Grammy Award for Best Historical Album. Shane is featured in a mural on the side of a building in downtown Toronto commemorating the Yonge Street music scene of the 1960s.

Early Years and Career
Jackie Shane grew up in Nashville, Tennessee, singing in church choirs and gospel groups. She started dressing as a girl when she was five and came out to her mother as transgender at the age of 13, telling her she was a woman in a man’s body. “Even in school, the other kids accepted me,” Shane told the Guardian in 2017. “So did their parents. There was something about me that drew them in.”

Influenced by her friend, Little Richard, Shane quickly gravitated to the R&B and soul scene in Nashville. She performed alongside such acts as the Impressions, Jackie Wilson and Etta James. But life in the Jim Crow South proved extremely difficult. As Shane told the Associated Press in 2019, “I can come into your home. I can clean your house. I can raise your children. Cook your food. Take care of you. But I can’t sit beside you in a public place? Something is wrong here.” Soul singer Joe Tex recognized Shane’s talent and encouraged her to pursue a career elsewhere.

Career in Canada
Shane moved first to Boston and then to Montreal, where she formed an R&B band with Frank Motley. She moved to Toronto around 1959 and almost immediately felt at home. As she told the CBC in 2019, “One cannot choose where one is born, but you can choose your home. I chose Toronto. I love Toronto. I love Canadian people. I consider myself a part of them.”

Shane proved to be a prominent figure in Toronto’s burgeoning R&B scene. In a relentlessly straight culture with little to no understanding of trans people, she presented herself publicly as a gay man, wearing shimmering pantsuits and dramatic eye makeup. “Show business is glamour,” Shane said. “When you walk out there, people should say, ‘Whoa! I like that!’ When I walk out onstage, I’m the show.”

Shane played to sold-out nightclubs in Toronto and appeared on local music TV shows. She released several singles, including “Money (That’s What I Want)” and ″You Are My Sunshine.” Her cover of William Bell’s “Any Other Way” reached No. 2 on the CHUM singles chart in 1963. She also released a live album in 1967 but never recorded a studio album due to her distrust of music labels. Motown and Atlantic Records both tried to sign her, and George Clinton tried to convince her to join Parliament-Funkadelic. But, as Shane told the Guardian in 2017, “I’ve never really wanted to record. I get my charge from performing in front of people. That’s my energy.”

Later Years
Shane retired from music in 1971. She moved to Los Angeles to care for her aging mother, who had been living alone since 1963. The two eventually moved back to Nashville. Following her mother’s death in 1997, Shane lived a reclusive lifestyle, only occasionally leaving her home.

Any Other Way, an anthology album of songs from Shane’s career and monologues from her live shows, was released by the archival label Numero Group in 2017. It was nominated for a Grammy Award in 2019 for Best Historical Album, which led to a renewed interest in Shane’s career. A radio documentary produced by the CBC in 2010 called I Got Mine: The Story of Jackie Shane had also helped bring attention to her work and influence.

“I had been discovered,” she told the Associated Press in January 2019. “It wasn’t what I wanted, but I felt good about it. After such a long time, people still cared. And now those people who are just discovering me, it’s just overwhelming.”

Legacy
Jackie Shane’s 1967 live album, Jackie Shane Live, was reissued in 2015 and made the shortlist for the Polaris Music Prize’s 1960–1970 Heritage Award. Shane is featured in a mural on the side of a building in downtown Toronto, alongside images of Ronnie Hawkins, Glenn Gould and Dianne Brooks, commemorating the Yonge Street music scene of the 1960s. Shane reportedly framed a picture of the 22-storey mural that was sent to her by her friend, musicologist Rob Bowman.

Any Other Way b/w Sticks And Stones (promo)

In My Tenement b/w Comin' Down

Stand Up Straight And Tall b/w You Are My Sunshine

Knock On Wood b/w You're The One

Live At The Sapphire Tavern

All the Singles Plus the Convert

Any Other Way b/w Sticks And Stones (promo)

Any Other Way b/w Sticks And Stones

In My Tenement b/w Comin' Down (promo)

In My Tenement b/w Comin' Down

Any Other Way b/w Sticks And Stones

Stand Up Straight And Tall b/w You Are My Sunshine

Knock On Wood b/w You're The One 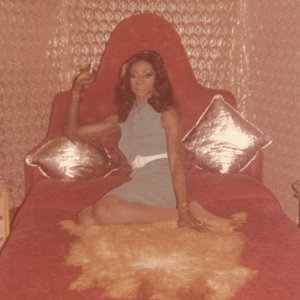