Shadowy Men on a Shadowy Planet's infectious surf-inflected instrumental pop songs will be instantly recognizable to anyone who watched "The Kids in the Hall." Their song "Having an Average Weekend" was the theme to that late, great, Canadian sketch comedy show, and they also provided the little instrumental flourishes between skits.

The band formed in Toronto in 1984 and released their first seven-inch in 1985 ("Our Weapons Are Useless" b/w "Bennett Cerf" and "Having an Average Weekend"). Over the next five years, the band released seven more singles, which they collected on their first full-length, 1990's Savvy Show Stoppers (Cargo). In 1991, they followed with Dim The Lights, Chill The Ham, also on Cargo, and in 1993, they released Sport Fishin' - The Lure of the Bait, The Luck of the Hook (recorded by none other than Steve Albini). Sadly, the band members parted ways at the end of 1995, stating, "We've pretty much done everything we can do together barring group sex so have decided to go in our own directions, more or less."

As if their name and their comedic affiliation didn't make it obvious, this band had a great sense of humor. Wacked-out covers of song titles like "Exit From Vince Lombardi High School," "Hunter S. Thompson's Younger Brother," and "They Don't Call Them Chihuahuas Anymore" only hint at the sheer joy of Shadowy Men on a Shadowy Planet's music. But make no mistake: this was no joke band. Their music is clever, creative, and catchier than the flu. "13" is from Sport Fishin', and it is a shining example of Shadowy Men at their shimmering reverb-heavy surfy guitar rock best. It's the kind of song that makes you shake your shoulders and do a happy little dance.

The members of Shadowy Men are still making music, albeit in slightly (OK, sometimes much) different genres. Reid Diamond (bass, lead vocals) and Don Pyle (drums, backing vocals) spent time in the now-defunct Phono-Comb. Guitarist and keyboardist Brian Connelly is working as one of Neko Case's Boyfriends, and also plays with Atomic 7.

Sadly, Diamond passed away after a battle with cancer in early 2001.
-Jeanne Acceturo

Shadowy Men on a Shadowy Planet were a Juno Award-winning Canadian instrumental rock band, formed in 1984. They remain best-known for the track "Having an Average Weekend," which was used as the theme to the Canadian sketch comedy TV show The Kids in the Hall. They are commonly classified as a surf band, though they rejected the label, going so far as to release a track called "We're Not a Fucking Surf Band".

The band was composed of drummer Don Pyle, guitarist Brian Connelly, and bassist Reid Diamond. They released a string of EPs and singles throughout the 1980s and early 1990s, achieving some success. The group also appeared on many compilation albums, and played on some tracks of Fred Schneider's solo album, Just Fred. The band won a 1992 Juno Award from the Canadian Academy of Recording Arts and Sciences for "Instrumental Artist of The Year." The group disbanded in 1996.

After the breakup, Connelly was in a short-lived trio called Heatseekers, and toured and recorded with Neko Case and Her Boyfriends. He currently leads his own instrumental trio, Atomic 7. Diamond and Pyle went on to form another instrumental band, Phono-Comb with Dallas Good from The Sadies and Beverly Breckenridge from Fifth Column. After that group ended, Diamond started Danny & Reid's Motion Machine, and Pyle teamed up with Andrew Zealley to form Greek Buck. Diamond died of cancer on February 17, 2001.[1]

"Having an Average Weekend" was used in The Ongoing History of New Music episode "Alt-Rock's Greatest Instrumentals" from 2003.

Dim the Lights, Chill the Ham

Dim the Lights, Chill the Ham

Tired Of Waking Up Tired (split with Change of Heart)

It's A Wonderful Record!

Having an Average Weekend 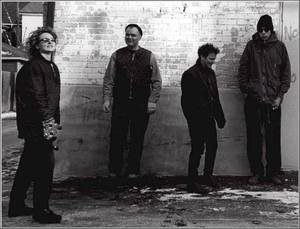 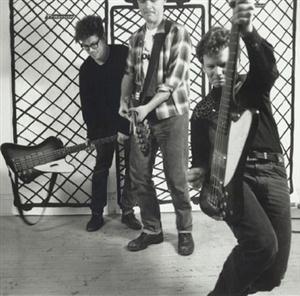