If you were to do a search, there isn’t much information which can be found on the Internet today, regarding Sandy Selsie.

All that had been primarily known about Sandy Selsie was that she had several country/pop singles in the early-1960s on the Columbia record label. And that she originally was from Canada. And that’s just about it.

But there was a detailed mention about this female Canadian artist on a Yahoo message board, which I recently found on the Spectropop blog site message forum.

A poster there, who goes by the name of “Boris” laid claims he resides in Ottawa, Ontario in Canada. An avid record collector on “girl/girl groups” since the early-nineties, and in researching Canadian recording artists, he stated he once had gone to the Canadian National Archives library and came across a newspaper article on Sandy Selsie, which appeared in the local Richmond Hill, Ottawa newspaper called The Liberal.

Accordingly, the article first appeared in 1963. The article had stated Sandy Selsie hailed from Richmond Hill, Ontario, now a large suburb outside of Toronto.

Back in 1963, according to The Liberal article, Sandy Selsie was a grade 10 student who attended Bayview High School in Richmond Hill, at the age of 15. Her father, Fred Selsie was her talent-manager during that time. Mr. Selsie was instrumental in signing a 5-year contract for Sandy with Columbia Records earlier in 1961. Her first recording for the label was, “A Date With Loneliness” which was released in November of that year.

The article quoted Sandy Selsie as stating how her career came into prominence early-on. “I started out singing in the area shows. And gradually branched over to radio and television. I’ve had guest spots on the Country Hoedown television show as well as appearances on the Tommy Hunter radio show.”

The article also stated her big break happened when the family took a vacation down to Nashville, Tennessee, early in 1961.

“We were down there on our vacation. And we decided I should drop in to Columbia Studios for an audition.” She was signed immediately. “I was really surprised, because it’s unusual for a big recording studio to sign you just like that.”

In closing the article, Sandy Selsie expressed her desires in pursuing a Major in Performing Arts.

On a small note, as it were, Columbia Records initially released Sandy Selsie’s “When Jimmy Comes Home” in November, 1963. The song debuted on the CHUM playlist early-on in November, in Sandy Selsie’s own home-town. Just the same, the song would find it’s way over to CKEY 580 AM in Toronto about the same time-frame.

Locally, the Selsie song made it’s way over to Detroit. “When Jimmy Comes Home” first debuted on WJBK Radio 1500 on Friday, November 15, 1963.

Six days later, the song debuted at the #30 spot on the WKNR Keener 13 playlist for Thursday, November 21, 1963. On a local level, the song didn’t stay long on the charts here in Detroit. But after having first heard it played on WKNR late in 1963, personally, this Sandy Selsie classic will always be a great Keener song memory for me, Jim….”When Jimmy Comes Home.”
-Jim Feliciano 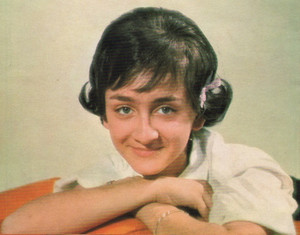