While attending 1st year music at U.B.C., Frank joined a group of musicians from Richmond, B.C. who started playing High Schools and clubs. Although primarily a cover band, this was Frank's first recording group as they did a couple of demos followed by their first official record release on the local 'Rumble Records' label. The song "He's a Man" never charted. If you notice that the oboe is really flat, it's because they kept making us play the song over and over while they were "getting sound". By the time it came to do the real take, my lips had packed it in. I had only been playing about a month. I think I did better on the English horn on "Forever Ended Yestereday

Originally a 4 piece with bassist Graham Crowell the group decided to go it as a trio with Frank covering the bass on a Fender keyboard bass and alternating between a clavinet and Vox Supercontinental organ (like the Dave Clark Five). Through a Leslie speaker it came reasonably close to a Hammond B3 but was more portable. Jimmy Taylor was the drummer and Ron Sullivan was the guitarist. Notice the late 60"s flower shirts.

Ray and the Ravens was my first band. We changed our names just about every week with The Lancers being one that almost stuck. We eventually became Ray and the Rayvens because the drummer Ray convinced us that he was the most "hip". Being the town nerds, we figured that made sense.

I hadn't had much interest in Rock and Roll except for "Jailhouse Rock' by Elvis and "Honeycomb" by Jimmie Rogers. Then came the Beatles and I was hooked.

I had an acoustic guitar and traded the accordian my Uncle had given me in on a cheap electric guitar. The strings were about a mile off the fingerboard and I would play 'till my fingers bled...but it was bright red which covers the crow-factor (shiny!).

Our first songs were The Outer Limits Theme, Wild Weekend (we played the saxophone melody on guitar) and Money (Beatles version). Noone told me that you could move across the strings so I played the whole melody on the upper E string..as a result, I kept breaking them so spent more time putting on new E strings than I did playing...we had chord charts in those days but noone really knew what they were doing..we just listened to the songs over and over and tried to replicate...we did better with the vocals.
-Frank Ludwig 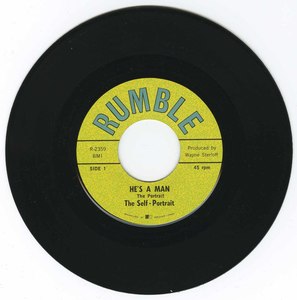