Sim was born in the small mining town of Springhill, Nova Scotia on Nov 12 1946. You would often hear his mom say, seems he was born with that cigarette in his mouth, and a guitar in his hand, and rhythm ran to the core of his bones. Sim grew up around music and singing. His grandfather Archie Mason {AJ} a tenor sang in the Boston production of “My Buddie” a war time play in the 1930’s. His Uncle Lloyd Mason, a Irish type tenor who owned the local theatre would show off his 78 recording of “When Irish Eyes Are Smiling” when and to ever he could.

There was a longing from very early on to make music his career. Johnny Mooring, a local fiddler who eventually became 4 time winner of the Canadian fiddling championships, took Sim under his wing and gave him his first electric guitar. His steel guitar player, Harold King taught Sim the basics and even had him fill in with rhythm guitar at some of the old time dances Johnny and the boys would play at.

A four piece rock and roll school band “ The Silvertones” would be Sims’ first endeavor as rhythm guitar player, and back up singer. The band was later to reemerge with some new members in the 1960’s as the “Bushmen”. Work took Sim to New Brunswick and out of the music seen for the next 3 years. In 1968 Sim got married and moved to Ontario, where he met up with a folk duo from St. Thomas Ontario called “Stonehand”. The duo recorded one of Sim's songs called “Nova Scotia” which was featured one of the CBC’s Canadian Radio Broadcast recordings.

A singer from Newfoundland Terry Kelleher also recorded one of Sim’s tunes “ Grays and Blues” for his newly released 45. Their manager told Sim he should be out there singing and promoting his own songs. Water arranged gigs for Sim in and around the London and St. Thomas areas. During the spring of 1970, Sim accepted a work transfer back to the Maritimes, ending up in Sydney, Cape Breton. It was here that his musical career began to unfold once again.

While in Cape Breton, Sim would open concerts for Susan and Terry Jacks “The Poppy Family“, John Allen Cameron, and Kenzie MacNeil. Kenzie introduced Sim to a CBC radio producer, Ira Stewart who eventually would record 4 of Sim's originals on a Radio Canadian Broadcast recoding LP. The LP also featured the Sable Island Choir, Shelly Brown, and Flute “N” Flugal. This would also lead Sim to appear to several CBC TV programs “Touch The Earth” and several others. In the fall of 1976 Sim with the support of other musical friends and musicians would begin to record his first LP “From Me To You” in Dartmouth, Nova Scotia.

During the next couple of years, Sim moved to Oxford, Nova Scotia and released his LP, but this was to be the end of Sims’ career with secular music and the beginning of something new. Sim, along with two other musicians and writers from Oxford, Nova Scotia, Lawry MacLeod and Mike Sequin formed the trio “ Mike Lawry and Sim” . The trio “Mike Lawry and Sim” would produce and release three cassette recordings of Spiritual and Gospel music over the next 15 years. They traveled extensively under the umbrella of the United Church of Canada performing in and outside of Canada.

After 15 years in Music ministry and working as a part time Lay preacher with the United Church, Sim decided to go through the process of discernment and entered into full time Ministry with the United Church of Canada. During this time, Sim released his first CD solo recording “Come To The Light”, featuring 12 originals.

Sims’ ministry and music have taken him to the Cayman Islands, Jamaica and the Island of Grenada. Sim continues to work in music and ministry for the United Church of Canada. Presently, Sim is the Pastor of the Barrington Pastoral Charge in the South Shore of Nova Scotia. Sim is also the North America Representative for CANACOM, which is the Caribbean And North America Council for Mission.

And God is not through with him yet we can be assured. 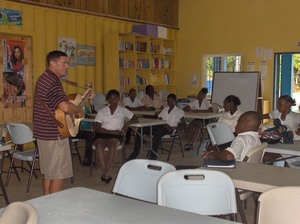 Noon worship with the students at the Theodora school Negril Jamaica. 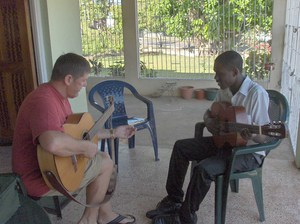 Teaching Guitar to a young student from the Theodora School Jamaica 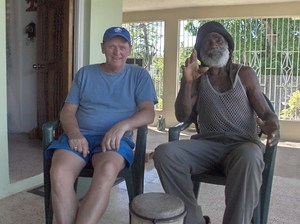 Drum maker Lloyd “Lyon Claw “ presenting me with one of his creations for use in the Theodora School. 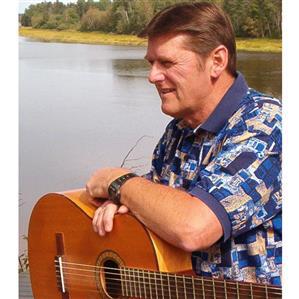