The Rural Alberta Advantage’s percussive folk songs about hometowns and heartbreak have taken the trio from humble recognition amongst indie rock die-hards as “Canada’s best unsigned band” to sold-out tours and devoted fans around the world.

The band’s origins date back to 2002, when singer-songwriter Nils Edenloff moved from Fort McMurray, Alberta to Toronto, Ontario and penned a series of homesick odes to his former province. After a difficult breakup intensified his longing for home, Edenloff took his songs and his guitar to a weekly open mic night, where he met drummer Paul Banwatt. The two quickly formed a musical bond, with Edenloff’s plaintive folk songs backed by Banwatt’s raucous, razor-sharp percussion. The twosome’s arrangement became permanent as a series of other local musicians joined and left the project (by now dubbed “The Rural Alberta Advantage”, courtesy of a provincial slogan co-opted by Edenloff’s brother). By the completion of a self-titled EP in 2006, the RAA had settled into its current three-piece formation, with multi-instrumentalist Amy Cole rounding out the trio on keys, percussion and backing vocals.

The RAA spent the next two years on the road building their now-stellar reputation as a relentless touring band, and writing and recording their debut full-length record, Hometowns. As the band started selling copies of Hometowns themselves at shows in early 2008, the album instantly began catching the ears of bloggers across the country on pure word-of-mouth. The homegrown hype led to a break for the band in November 2008, when a fan forwarded a blog post about the RAA to major digital music retailer eMusic. The site profiled the band as an eMusic Selects artist, exposing the RAA to 500,000 music fans and subscribers worldwide. Hometowns became the highest-selling Selects act in history and an instant critical darling, appearing on dozens of “Best of 2008″ lists in newspapers, blogs, and podcasts across North America and Europe.

The band hit the road hard in 2009, playing over 100 shows across North America, including a breakthrough performance at the 2009 SXSW festival in Austin, Texas, that earned a rave review from Pitchfork and a nod as a “buzz band” from the Associated Press. More glowing press reviews and sold-out club dates in major cities throughout the US followed, and the wave of buzz culminated in a record deal with US-based label Saddle Creek. At last, Hometowns was officially released by Saddle Creek in July of 2009 to even more critical acclaim, including an 8.0 review from Pitchfork and a feature article in SPIN Magazine’s “Breaking Out” artist series.

The RAA started 2010 with a win at Canadian Music Fest’s Indie Awards, earning the Galaxie Rising Star award for Recording of the Year. Behind this wave of support, they continued their tried-and-true method of sticking close to the road with additional touring, headlining shows at Ottawa Bluesfest and the Winnipeg Folk festival, selling out shows across the US and Canada, and making the trip overseas with two well-received European tours. Along the way, the RAA recorded the follow-up album to their well-loved debut, working again with Hometowns producer Roger Leavens at Boombox Sound in Toronto.

With Departing, due out March 1, 2011 on Paper Bag in Canada and rest-of-world through Saddle Creek, the RAA further refines the exuberant guitar work; intricate percussion; everything-on-the-table, earnest vocals; and infectious, keyboard-sprinkled arrangements that have won the adoration of critics and fans alike.

Though Departing is viewed by the band as a companion piece to their first album, the band has allowed itself to stretch out. As the main songwriter, Edenloff will bring a song or idea to the table for the band to take it apart and build it back up. “Since the songs tend to hinge on the interplay between the drums and the vocals/lead instrument it can sometimes take a lot of the time to find that fundamental core of the song before we can really move forward with it. Sometimes this might mean taking a song that was initially written on guitar and making it a keyboard song (i.e. The Breakup, Under the Knife and North Star) or taking a keyboard song and making it more of a guitar song (i.e. Tornado ’87).” says Edenloff.

Bringing closure to the exploration of themes of love, loss and leaving that began with Hometowns, Departing contains ten songs about growing up and moving on. 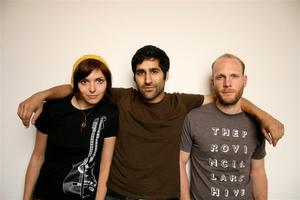 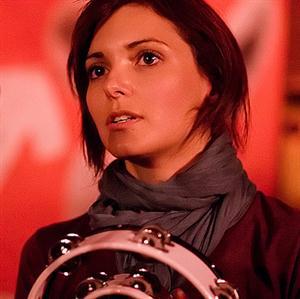