Singer/songwriter and soft rock specialist Craig Ruhnke began his career during the late '60s as a member of Toronto's Groovin' Company. After that band split up, he worked as a guitar teacher and songwriter, then pursued a solo career, releasing his first single, "My World," in 1974. The modest hit "Summer Girl" followed later that year, and his first album, Sweet Feelings, for United Artists arrived in 1975. He also recorded for A&M, and found his biggest hit there with 1980's "You're a Heartbreaker." He also recorded for his own label, Pinnacle.
-Allmusic

Born and raised in Scarborough, Ontario, Craig Ruhnke began taking twelve years of piano lessons as a child, while also teaching himself guitar in the meantime. Shortly after leaving high school, he joined an up and coming group from Toronto called The Groovin’ Company. But when they disbanded after failing to make any waves, he spent the beginning of the 1970s trying to make it as a songwriter while moonlighting as a guitar teacher.

His first recording was in 1974, when he released the 45 “My World” b/w “I’ll Always Love You” on Reprise Records, where he first developed his penchant for writing soft rock/easy listening ballads. WEA signed him to a publishing deal with their subsidiary Don Valley Music later that year, which led to the single “You and Me,” which did fairly well on the Canadian charts.

He inked a recording deal with United Artists, who released “Summer Girl” b/w “Turn The Lights Down Low” early the next year. When it sold nearly 40,000 copies worldwide and charted in Canada, Japan, and the UK, they rushed out his debut album, SWEET FEELINGS. The title track followed as a single, which hovered around the top 40 on the domestic charts, as did “It’s Good To Know” and the upbeat warm-weather hit, “Surfin’ All Summer Long.”

His sophomore album came a year later in the form of Hot Spell. It produced three singles through to the spring of ’76 and by that point he’d all but perfected a style that relied on mellow vibes and aching, earnest vocals, with “I Need My Woman,” “Summer Love,” and “Why Don’t You Come Up And See Me Sometime.” All three spent time inside or hovered around Canada’s top 40 pop list, and fuelled a Canadian tour, as well as stops in Britain and Japan.

He switched to RCA Records and released the single “Music Man” b/w “Block Parents” in the summer of ’76, while working on material for a new album. It came in the form of the simply titled The Craig Ruhnke Band in ’79, after another pair of singles – “Wear My Love” and “It’s Time To Fall In Love” kept him on the airwaves a year earlier. The album featured another pair of top 50 Canadian singles in “The First Time” and “I Need You To Be There,” fuelling another set of engagements across the country.

He spent the next few years looking for a reliable independent label to carry his music, starting with Irving Records with distribution compliments of A&M in ’81. He released Reach Out, which featured his biggest hit, “You’re A Heartbreaker.” It spent over a month inside Canada’s top 40 list, and also charting in Japan and England. A year later he was on Seffel Records, and released Just Like The Old Times that summer. A spurt of marketing genius on behalf of the label execs decided it would be a good idea to give it a different title for the Japanese audience, and so it was re-dubbed TRUE LOVE for the Asian market. “Baby Blue” was followed by “Two Hearts” (also covered in 1980 by The Raes) as singles, and it wasn’t long before Ruhnke was looking for a permanent home once again.

He solved the problem by starting his own label, Pinnacle Records, which began a run of albums that were predominantly made up of previously released material. Urban Breeze In Love in ’83 and Keep The Flame a year later both produced minor hits, although they weren’t released as numerously. Still, “Give Me The Night Time,” “Lovin’ Eyes,” and “A Love Song” (backed with an instrumental version) all did well enough to keep Ruhnke on the airwaves for a few more years until he decided it was time to dabble in other projects.

He returned to school and attended the University of Toronto to study music, and then became a producer, working with Canadian Zephyr. He also wrote radio ads for such clients as Grand & Toy, The Bank of Nova Scotia, and Burger King. He also stayed musically active, playing occasionally throughout the 1990s, and also released a compilation album called COLLECTION in ’91.

In the early ’00s he started up a Beach Boys tribute show, called Endless Summer Live. During the same period, South Korean label Riverman Music acquired the rights to Just Like Old Times, The Craig Ruhnke Band, and Keep The Flame. As opposed to releasing a new album, each album featured three or four new songs.

Baby, We Can Make It b/w Sweet Feelin'

Surfin', All Summer Long b/w You're The One

You're So Beautiful b/w Somebody To Love

Heartache b/w It Will Take Time

I Can't Live Without Your Love b/w Baby Come Back

I Need You to be There b/w Tomorrow

Love's a Celebration b/w Just Like Falling in Love Again

Reach Out b/w Only Fools Fall in Love

You're A Heartbreaker b/w You and I 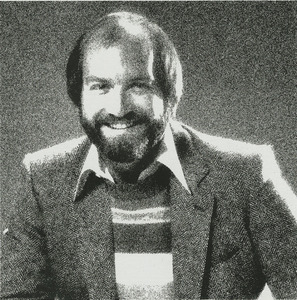