The Sexy Sax of Pat Riccio
Pat Riccio [Patrick Joseph Riccio] was Born In Port Arthur [Now Thunder Bay] Ontario on December 3rd 1918. Before the age of 5, Pat and his family moved to Toronto, where he would remain for the rest of his life. Before the age of 10 Pat Riccio developed a love of music and began playing various instruments. He received a formal musical education in school, playing saxophone, flute, and learning how to arrange and conduct under the tutelage of various teachers.

Pat's professional career kicked off in 1939, it was short-lived however due to the War kicking up in Europe. Joining the RCAF in 1941, he served as music director of the RCAF Streamliners, a 15-piece dance band that performed in England for the BBC. His band would alternate with Glenn Miller's Army Air Force Band, at the Queensbury Club in London.

Pat returned to Toronto after the conclusion of the war, to find a more vibrant music scene than when he had left. Clubs everywhere, more dance bands than you could count, it was the perfect landscape for the young, musically talented Riccio. He played in, or wrote arrangements for, the local dance bands of Bert Niosi, Mart Kenney, Art Hallman, and others.

He was a student of John Weinzweig and Gordon Delamont, and their teachings proved worthwhile, as Pat had the ability to work in almost any musical environment. Some of his more fruitful ventures were writing/arranging for Pop singers of the time (Wally Koster, Patti Lewis, Norma Locke, Billy O'Connor, and others) and writing for CBC programs. He also wrote jazz themes, and a musical, Pauline.

He later led performing big bands and smaller jazz bands of his own, performing at many of Toronto's bustling nightclubs, ballrooms, and concert halls to great success. As a saxophonist, Riccio won polls conducted by CBC radio's 'Jazz Unlimited' in 1947 ('best alto') and 1949 ('best baritone'). His groups would also perform abroad for CBC concert parties, throughout Europe and the Middle East.

His Quartet/Quintet made LP's for ARC, Quality, and The Canadian Talent Library, throughout the late 50's and 1960's. His debut recording was "The Basic Sounds Of The Pat Riccio Quartet" for Quality Records in 1959 (reissued on Ringside in 1969). His second album "The New Big Band Sound Of Pat Riccio (Arc AS-3001)" was done with his big band in 1961, at the Jubilee Pavilion in Oshawa; a venue the band would call home for many years.

Pat Riccio lived a long and storied life in Canada's musical mecca; He performed with and wrote/arranged for some of our greatest Jazz musicians and pop stars, released a number of high quality albums, and his bands were fixtures of the vibrant live music scene.

The Riccio name has remained a constant in the Canadian music business. His son Pat Riccio Jr. was a Pianist, producer and songwriter in his own right. He played with popular Toronto R&B band Bobby Kris & The Imperials in the mid 60's, worked on CBC Halifax pop music shows and became an in demand songwriter and studio musician; working with Catherine McKinnon, Peter Pringle, Anne Murray, David Wiffen, Dianne Brooks, and many more. His most storied role came as Anne Murray's musical director from 1975-1987. His son (grandson Of Pat Riccio), is a producer, songwriter and multi-instrumentalist in his own right; active since the late 90's and working on a number of projects.

The Riccio's have carried on through multiple generations as a family associated with musical greatness. The recorded history of Pat Riccio Sr. deserves a reissue, but with them "lovingly" hidden away in the Unidisc vaults it's unlikely they will ever see one.
-Aaron Lusch
Aaronlusch@hotmail.com

Stranger On the Shore

Stranger On the Shore

Let's Dance to Pat Riccio and His Dance Orchestra

Love Letters: The Sensuality of Sax 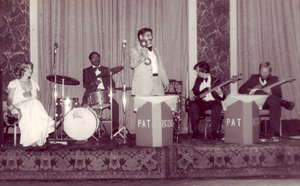 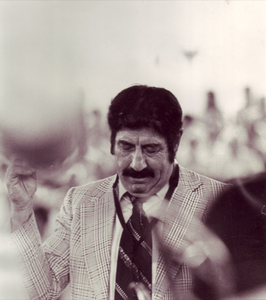 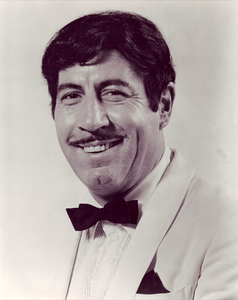 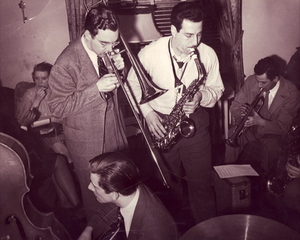 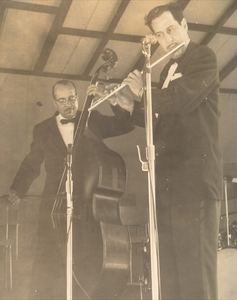 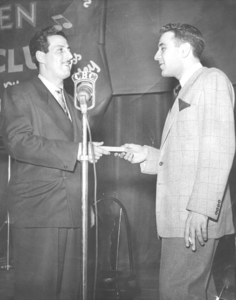 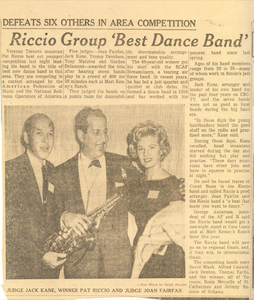 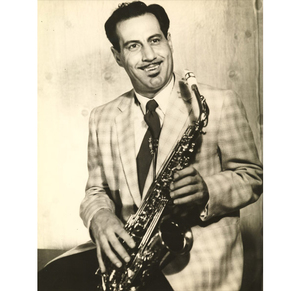