Donn Reynolds (born Stanley Beresford Reynolds June 26, 1921 - August 16, 1997), was a Canadian country music singer and yodeler most widely known for his Bavarian style of yodeling. He was often referred to as Canada's "King of the Yodelers" who established two yodeling world records.

Early years
Donn was born in St. Vital, Winnipeg, Manitoba, Canada. Influenced by Harry Hopkinson (aka Harry Torrani), a popular British yodeler during the 1930s, Reynolds taught himself to sing and play guitar at 10 years of age. He first achieved local notoriety in 1936, winning a local radio (CKY Winnipeg) sponsored talent contest. By the age of 16, Reynolds had formed a band performing local clubs and theatres as "The Yodeling Ranger".

Military
In 1938 Reynolds enlisted in the Canadian Merchant Navy with Canadian Pacific Steamships (CP Ships) based in British Columbia, Canada. He transferred to the Royal Canadian Air Force in 1940 performing deep-sea rescue operations in the Northern Pacific Aleutian Islands. While in the RCAF, Reynolds joined the "Joe Boys", a Canadian military entertainment unit touring throughout Western Canada and Alaska performing for Canadian, American, British and Australian troops.

Australia
After the war, in 1947 Reynolds moved to New Zealand touring under contract with R.J. Kerridge, performing with the Western Cinemas Company, Goldwyn's Circus, and later appeared in the Australian film "Eureka Stockade". He performed on national radio shows such as Bob Dyer's Dude Ranch and RAAF Digger Sessions after releasing a number of popular recordings for the Australian Columbia Graphophone Company on the Regal Zonophone label.

United States
In 1949 Reynolds headed to the U.S. releasing his first hit single, Texas Yodel on Selective Records which became a Cashbox Bullseye of the Week July 2, 1949. Later that year, he headlined Dusty Ellison's inaugural "Red Barn Roundup" at the Avodon Ballroom, Los Angeles, California. On September 1, 1950 Reynolds won the "World Open Yodelers Contest" awarded by Wilf Carter at the Pacific National Exhibition in Vancouver, BC. He later won the 1956 U.S. National Yodeling Contest awarded by Connie B. Gay in Washington DC.

For 6 years, Reynolds traveled the U.S. working in broadcasting while performing on stage and television including appearances on the Louisiana Hayride, WLS National Barn Dance, WWVA Jamboree, KRLD Big D Jamboree, Hollywood Theatre, Herb Shriner's "Two for the Money", and his own regular TV show as "The TV Rangers" on WGAL-TV. While in the U.S. Reynolds released singles on Aragon, Bullet, Lariat, and Blue Hen Records.

Europe
In 1956 Reynolds traveled to the U.K. where he recorded tracks for EMI, guest appeared on BBC TV shows "Bid for Fame", "Fancy Free" and played the lead role as Davy Crockett in the Irish musical, "The Adventures of Davy Crockett". He briefly returned to the U.S. in 1957 to record on MGM Records under direction of Wesley Rose (Acuff-Rose) releasing U.S. singles Rose of Ol' Pawnee, Bella Belinda, and Blue Eyes Crying in the Rain. Promotion of the MGM singles included a guest appearance on Buddy Deane's Bandstand (WJZ-TV) in December 1957.

Upon the Pye Nixa U.K. release of his earlier EMI studio recordings, Reynolds returned to the U.K. in 1959 embarking on a European tour of England, Sweden, Germany, Morocco, and Spain including performances with the Bavarian Grand Ole Opry, Circus Sarrasani and El Circo De Madrid. Four EMI recordings were released on the 1959 Pye Records U.K. EP "The Donn Reynolds Song Bag" followed by four recordings on singles released by Denmark's Metronome Records as Reynolds toured there. During a performance at Mildenhall, Suffolk, England, Donn met Audrey Williams of the British performing trio, "The Three Skylarks". They were soon married September 17, 1960, in Poulton, England after which Audrey changed her name to Cindy Reynolds in response to media confusion with another famous Audrey Williams (wife of Hank Williams Sr.). Cindy later parted from The Three Skylarks to travel with her cowboy groom. The couple frequently combined vocal talents for duet performances during the remainder of Donn's European tour. What was to have been a two week working honeymoon tour of Spain actually lasted six months as Spanish audiences thrilled to their performances and pressured the couple to remain in their country several months longer.

Canada
In October 1961 Reynolds returned with Cindy to his birthplace joining the casts of TV shows Cross Canada Barndance (CTV) and Red River Jamboree (CBC) before releasing his first album "The Wild One" on Citadel Records in 1962. They settled in Toronto, Ontario in the spring of 1963 and developed a smooth lounge club duet act performing throughout Ontario for several years while recording duet singles as "Donn & Cindy" on London Records and Sparton Records. Reynolds returned to the country music charts in 1965 with his single "Afraid" (reaching #1 February 22, 1965) followed by his second solo album "The Blue Canadian Rockies" containing singles "She Taught Me How To Yodel" (reaching #2 April 12, 1965), and "Lorelei" (reaching #4 Novemebr 29, 1965). In 1967 Reynolds released his third solo album "Springtime in the Rockies" containing the single "Shut the Door" (reaching #36 June 1, 1968). Cindy retired from the entertainment business shortly after giving birth to their 2nd child in 1971.

World Records
Throughout the 1970s, Reynolds maintained a healthy Canadian solo career including performances on TV shows Country Hoedown (CBC), Carl Smith's Country Music Hall (CTV), Don Messer's Jubilee (CBC) and released his fourth LP album "Songs of the West" in 1974. National notoriety paved the way for one of the defining moments of Reynolds' career, which came on November 27, 1976 when he established a world record, yodeling non-stop for 7 hours and 29 minutes (Guinness Book of Records 1976). The accomplishment triggered a surge of Canadian media attention including an appearance on Take 30 (CBC-TV) that saw Reynolds perform outside, atop the CN Tower, The Bob McLean Show (CBC-TV), and U.S. concerts with Claude King in New York. Persistence in the national spotlight inspired Reynolds to release his fifth LP album "King of the Yodelers" on Quality Records in 1979.

Dedication to promoting the art of yodeling earned Reynolds his second world record in the Guinness Book of Records on July 25, 1984 when he become the worlds fastest yodeler, achieving 5 tones (3 falsetto) in 1.9 seconds. The event was captured on the Canadian television show Pizazz! (Global-TV) and featured in Ripley's Believe it or Not! depicting Reynolds in a cartoon. Reynolds once again found himself amid a stir of media frenzy including appearances on The Tommy Hunter Show, The Alan Thicke Show, Claim to Fame (CTV-TV), Daytime Challenge (CBC-TV), Canada AM (CTV-TV), That's Life (Global-TV), Tempo Ontario (CKCO-TV), performances with Claude King in Brampton, Ontario and performances with Ronnie Hawkins for the Toronto Musician's Association.

Later years
By the late-1980s, demand for Reynolds' appearances dwindled with the lack of national exposure or new material. He struggled amidst a country music culture progressing toward a more modern sound as promoters offered less work and greater reluctance to his now obscure talent. Reynolds' worldwide fame had gradually declined to local popularity and guest appearances although feature stories and interviews with Reynolds continued to circulate throughout local and national publications including International Musician, Canadian Composer, Close Up, Country Music News, and Maclean's magazines.

In 1987, Reynolds signed a recording contract with RCA Records, releasing a compilation of his most popular songs titled "Donn Reynolds - King of the Yodelers". The album was promoted through performances across Southern Ontario and the Northeastern US including the Appalachian Jubilee in Pennsylvania, Malton Festival and CKGL Summerfest Jamboree in Kitchener, Ontario. Among later professional appearances, Reynolds repeatedly starred in the annual Royal Winter Fair at the Canadian National Exhibition in Toronto along with repeated annual performances at the Toronto Musical Festival and Canadian Country Music Hall of Fame Jamboree.
In April of 1990, Reynolds became a member of the Masonic Order (Flower City Lodge No. 689) providing greater opportunity to serve the children's charities he passionately supported throughout his career. A brief return to the spotlight occurred June 25, 1990 on the BBC-TV show Record Breakers when Reynolds beat his previous world record for fastest yodel by achieving 5 tones (3 falsetto) in .93 seconds. The feat was later broadcast October 19, 1990 on BBC-TV.

Donn Reynolds Parkette.
As health issues began limiting his ability to travel or perform, Reynolds settled down in his hometown of Brampton, Ontario, Canada focusing on family life with Cindy and his three sons. He dedicated his time to working with children's charities, and enjoying fan-mail correspondence from a fulfilled life in music. He died in Toronto on August 16, 1997 following complications from Alzheimer's disease.

In 1998, the "Donn Reynolds Parkette" in Brampton, Ontario, was named in honour of Reynolds.

The Wild One and Other Country Favourites

The Wild One and Other Country Favourites

Songs of The West

King Of The Yodelers

King Of The Yodellers

Springtime In The Rockies

The Wild One b/w No One Will Ever Know

Afraid b/w She Taught Me How To Yodel

The Ring My Mother Wore // Just Saddle And Ride

If I'd Only Need You // Blue Mountain Waltz

All Alone // I Tell Myself A Lie 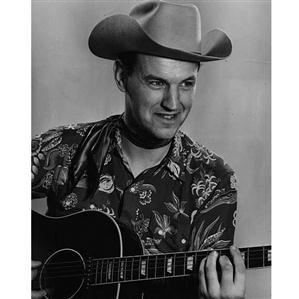