Peace Music Pioneer
Troubadour Keray Regan could aptly be described as the musical pioneer of the region. The country singer, who was born Oscar Melvin Frederickson in Pouce Coupe in 1923, died Oct. 27 in the Lower Mainland, but he left behind a rich musical legacy destined to live on for years to come.

“Keray was a great storyteller, and on stage he was a good showman,” said his niece Maryella Larsen on Monday during a visit to the region her uncle called home for the first 16 years of his life.

“He was at a concert in Hudson’s Hope last summer and they couldn’t believe that a man of his age still had such a beautiful voice.”

Larsen, who was close to her uncle her whole life, remembered when Regan got his start in 1946 with a catchy tune that he recorded with his brother Fred, a music star in his own right.

“He was just a youngster in his teens when he wrote Home by the Fraser,” she said. Later the tune was re-recorded professionally and became a hit.

“That is what really started it. CKNW (in Vancouver) started playing this record that was done by Aragon Recordings. They had to send it to California to get it pressed; they didn’t even have that in British Columbia.”

Larsen and her sisters gave the song a little push to help their musically inclined uncle.

“We would spend hours, my sisters and myself, writing fake fan letters and mailing them all over Vancouver and West Van,” she said. “We changed our writing, just to get him started. They would play it on CKNW and we would write in about how much we loved it. It must have helped; it sold more than Bing Crosby’s White Christmas in 1947.”

With a gold record under his belt, Regan became a Canadian star and soon tried his luck in Hollywood. He guested on Tex Ritter’s Town Hall Party and performed with Al Cherney of Tommy Hunter Show fame. But, the California glitter was not for him so he headed back north to his beloved province where he could continue his career and enjoy the pleasures of the country.

“He was a great showman, but he was also quite the outdoorsman,” said Larsen. “He was a hunter, a woodsman. He got a moose and deer just shortly before he died. A lot of (his music) concentrated on nature, and there were quite a few religious records as well.”

Regan kept his good humour throughout the many trials of his life. Although he was often stricken with ill health, including contracting Hepatitis C in the tainted blood scandal, he was never far from pickin’ a tune and telling a tale. It’s his spirit and love of life that his niece fondly remembers. “He just had a great and marvelous sense of humour,” she said. “You will hear that from anyone that knows him. He was one of the funniest people ever. Everyone loved Keray; everybody is feeling terrible (about his death), young and old.”

His generous spirit towards other musicians was celebrated last Sunday on a CBC radio show hosted by Roy Forbes, himself a noted Dawson Creek talent.

“He was always there to help out young folks,” said Larsen. “A lot of musicians are not like that, they will not share, but he always had time.”

Judi McGowan, Forbes’ sister and a local musician who leads the Kiwanis Kids’ Choir, echoed the warm memories of the local legend.

“He was part of my life musically as far back as I can remember,” she said. “When I was a little girl I remember him singing in my house in Rolla with my uncle Dudley and all the old-timers in this area.”

McGowan added that she is looking into setting up a performance to honour Regan. Larsen, who will be heading back home to Kelowna after visiting with her family, said she enjoyed coming back to her uncle’s native land.

“He was always drawn back to the Peace River, it is where he was born,” she said. “He is all around us here.”

The Good New Year // A Christmas Card from Heaven

Lost b/w When You Say I Love You

Vibratin' b/w Let It Be Known

My Home By The Fraser // Cobwebs On Your Picture

The Good New Year // A Christmas Card from Heaven

My Dream and I // Little White House on the Hill

Nola From Norway // Lena Was A Shy Girl

Those Beautiful Big Brown Eyes // I Can't Wait Forever for You

I Don't Care if You Go A Little Further // Flyin' Saucers

If the Moon Would Shine // A Drunkard's Love

A Mother's Love // Don't Take Them Away 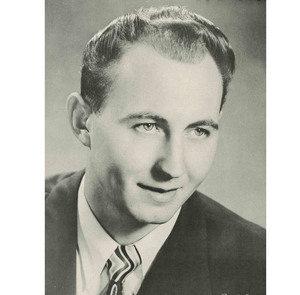