PSYCHO was formed in 1987 by then 23 year old Windsor Ontario native Mike “Freewheelin” Meilleur who completed the band with 16 year old Belle River Ontario kids Dan “Pounder” LaRiviere and Gerald “Geeze” Butler. Psycho was not born from the famous movie “Janet Leigh” starred in but from an offshore boat Mike had seen as a kid named Psycho complete with skull and crossbones painted on the side. Mike found the image that would match up to his ideas of a heavy metal band along with the dark heavy music he’d been writing, compiling and arranging. The band rehearsed and played as much as possible building momentum and a huge fan base annihilating everything in their path. The band advertised, marketed and promoted their own highly energetic shows complete with blood, fire pods, fog, lighted four foot skulls and smashing equipment. In the summer of 1988 Psycho entered Polaris Studio Windsor and independently recorded their debut album “ON THE LOOSE” only 1000 limited vinyl albums were ever produced. For five straight years the original Psycho line up performed live, sold t-shirts, hats and albums building their legacy which stands today. 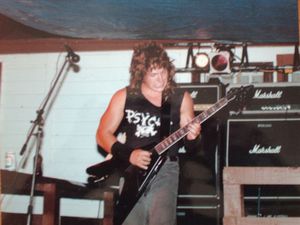 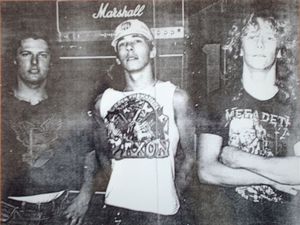 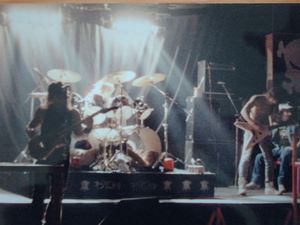 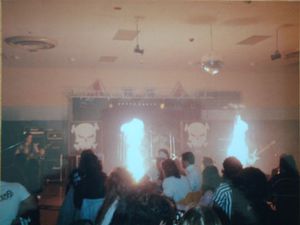 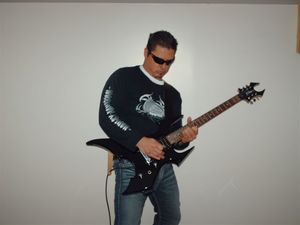