Born and raised in the Edmonton area during the era of the new music revolution, Mel was already playing guitar and singing by the time he was seven. His official launch into the music business came in 1965 when he and some fellow musicians formed one of Edmontons best remembered rock and roll bands, the A&W Lords, with Mel as the lead singer. They were called the A&W Lords because the local drive-in restaurant chain sponsored them. The band is remembered for playing on the rooftop of the Highlands A&W on 112th Avenue while the teenagers danced in the parking lot. Shortly thereafter, the name was changed to The Lords.

By 1966 the band had changed its name again to The Privilege and was one of premiere bands in northern Alberta. Their weekend dances at Edmontons famed Rainbow Ballroom were considered the place to be and in the summertime droves of teenagers from Edmonton, Red Deer, and beyond, motored to Mameo Beach for their dances there.

Mel left the Privilege in 1968 to head south to Calgary and play with the Gainsborough Gallery, but in 1970 returned to his original bandmates in the Privilege, when they moved to Los Angeles. After a year or more playing the clubs in Los Angeles and Las Vegas, the band decided to return to Edmonton, but were soon on the road again with the hit musical Jesus Christ Superstar.

When the Jesus Christ Superstar tour ended in Hawaii, the band decided to stay there for several months, playing at various clubs, before returning to Edmonton. Back in Edmonton Mel recorded the 1978 album, Its Been A Privilege, under the name Mel Daecon. Soon afterward Mel and the band were touring overseas in the Middle East, entertaining the United Nations peacekeeping troupes.

In 1981 Mel left his rock and roll roots behind when he joined Bill Hersches Blue Train country band. After several years with Blue Train, Mel decided to take a hiatus from the music to pursue other business interests, but the music never left his blood. Mel still does occasional club dates around the Edmonton area

Louie, Louie b/w When A Man Loves A Woman

Thumpin' Music b/w It's All Over (With Mel Deacon) 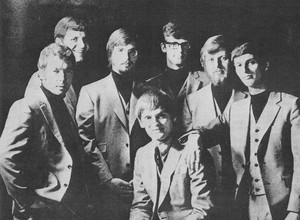 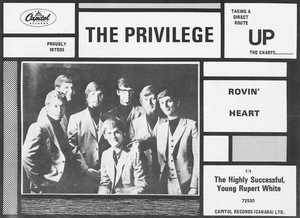 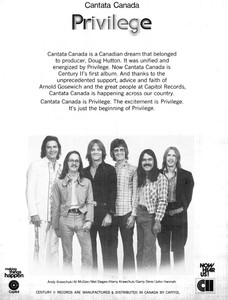 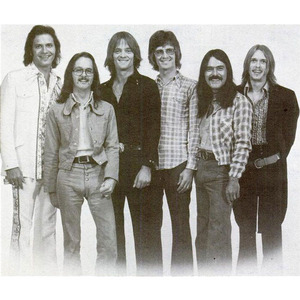