This Canadian hard rock band (1987-1990) released an EP and an LP, both named Bullets & Lipstik. The LP's album cover strongly resembles the album cover of the 38 Special album Rockin' into the Night.

They were most successful in the United Kingdom, where Bullets & Lipstik was a Top 10 hit on the indie charts in 1988. 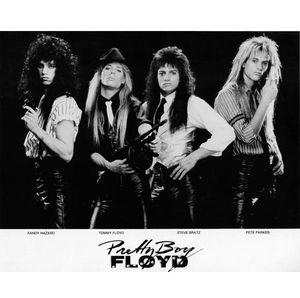