Tremendous and ludicrously rare funk-rock single containing the long forgotten gem " Dance of the Swamp Woman". The band started in 1969 in Ottawa with Ken Stevenson, Doug Inglis (Goddo) & Barry Gosselin on bass. From 1970 to 1971 Terry McKeown replaced Gosselin on bass. He in turn was succeeded by Chris Vickery (The Majestics, Damage, Icarus) in 1972. Guitarist Louis McKelvey (Damage, Influence, Milkwood) played with the band briefly while Vickery was in the group. Finally in 1973, Brian Rading (5 Man Electrical Band) became the bass player with Joey joining approximately 4 months later. The lineup that recorded the single was only together for around 6 months before splitting up in Sept 1973, just prior to the release of their only recording.

with notes from Ken Stevenson 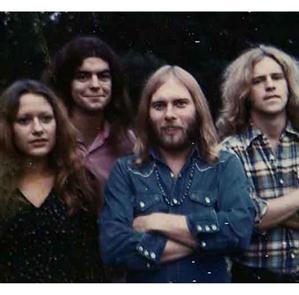