Canadian prairie punk by the three King brothers who moved out from Toronto in the fall of 1980 to become one of Calgary’s earliest on the scene! The late Bob King’s whitty and thought provoking socio-political lyrics transformed from bedroom acoustic songs into a flurry of wild wah-wah fuzz and shredding guitars with over tones of power-pop and hard rock. Canada’s “praries” are the equivalent to the USA’s “mid-west” and the sound of this EP is exactly that! Imagine Devo & The Gizmos as Canadian punk rockers. 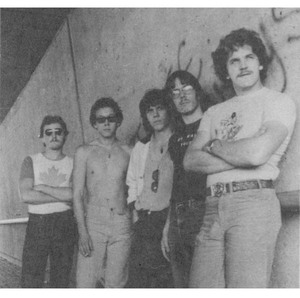