PÉLOQUIN-SAUVAGEAU is a one-shot band founded in Québec by Claude Péloquin (a famous poet/lyricist) and Jean Sauvageau (an electronic musician who invented the Machine de Sauvageau). Their only album was released in 1972, it was called Laissez-nous vous embrasser où vous avez mal or Let Us Kiss You Where It Hurts, in English. It was a provoking album, both musically and lyrically. For example, one of the songs, Mama Vagina, is a reel played on violin with electronic arrangements and featuring coarse language as lyrics. Another song, Monsieur l'Indien, is almost a krautrock song (musically). It is about an ill-treated aboriginal family, a problem in Québec.
Péloquin also became a member of the band ÉTERNITÉ, with Michel LeFrançois.
Interesting fact, Jean Sauvageau's invention, the Machine de Sauvageau, really interested Robert Moog, and it influenced his creation. Also, the members of the band PINK FLOYD went to meet Sauvageau and see his machine. Last thing, Péloquin wrote some songs for the Québec rock/psychedelic singer Robert Charlebois, notably Lindberg, one of his most famous early songs.
-Gabriel Rivest (Tsevir Leirbag) 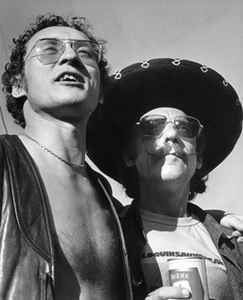