Organized Rhyme is a Canadian hip hop group based in Ottawa, Ontario, known primarily for the fame later achieved by one of its members, comedian Tom Green.

Organized Rhyme's musical formula focused on three principal facets: catchy beats, simplistic choruses, and clever rhymes. The formula proved itself to be profitable: the group's first single, "Check the O.R.," won the MuchVibe Best Rap Video (MMVA Award) in 1992 and was nominated for a Juno Award in 1993 for Best Rap Recording, but lost to "Keep It Slammin'" by Devon. The second music video Organized Rhyme had was "Luv 1".

The group promptly disbanded. Its record label A&M Records has been blamed for its death due to its wanting them to drop the comedic element of their music. However, the members' inability to uphold positive relations among themselves has been another supposed reason for the breakup of the hip-hop group.

In July 2011, the group re-united at July 28's "Just For Laughs Festival" in Montreal, Quebec. A 2011 version of "Check The O.R." was made available for free downloa and a music video was released in October 2011 on The Comedy Network's website.

MC Bones (Tom Green) — went on to star in shock comedy television shows in Canada and the United States. In the late 1990s, he released a solo rap album under his alter ego MC Face. In 2005, he released a second solo effort, this time using his real name, entitled Prepare For Impact. He is currently running TomGreen.com The Channel, where he also hosts a live talk show called Tom Green's House Tonight. In early 2008 a third solo rap album titled Basement Jams was released in download only format on his website: TomGreen.com The Channel. In March 2009, on Last Call with Carson Daly, Tom stated that he was working on a new rap album. A sample of his new song "It's Been A Long Time Coming" was played during the show.

Pin the Chameleon (Greg Campbell) — is a recording artist (as Mr. Bigstuff) and producer, as well as sings lead vocals in the newly formed EN GARDE!

Huh? Stiffenin Against the wall 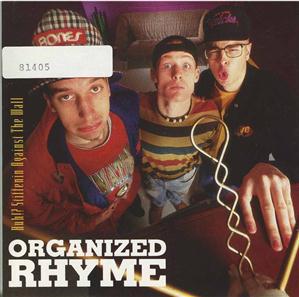