We are drifting, drifting away from life and living, into individual isolated pockets of simulated reality, stimulated and over-stimulated into stuporous apathy, from which only a few voices are heard or raised. NUMB is one such raised voice.

Initiated in 1986 as an art project to address issues of social desensitisation and threshold. NUMB evolved over the ensuing year into a more structured form. In 1987, a limited edition cassette, Blue Light, was released. The self-titled debut album was licensed to the Lively Art label (New Rose; Paris)in January 1988. One reviewer described it as "a tortured and trembling offering of confusion and anger, alienation and desensitisation, painted with a nightmarish palette against factory walls."

Christmeister was released in 1990 and was again licensed to Lively Art in Europe and to BMG/Onslot in the USA. This album took a much more aggressive stance than the previous presenting a series of emotional bytes and frozen landscapes viewed from the darker fringes of our society. The unreleased track "Stiff" appeared on the 13 compilation from Lively Art, and a remix of "Eugene" by Ray Watts (of PIG) and Andrew Burton appeared on the Funky Alternatives 6 compilation(Concrete Productions; UK). In North America, a collection of "Bliss" remixes was issued.

NUMB's dark stream-of-consciousness pieces found their way into soundtracks, and in 1991 music for two short films "A Dream of Naming"(a German-Canadian co-production) and "Six Hundred Million Breaths" (a Canadian independent short) were recorded. A performance piece, "Blood of the Lambs," structured loosely upon the traditional requiem, was presented with Madeleine Morris at the Vancouver Fringe Festival.

1992 saw the re-release of the first NUMB album on KK Records of Belgium. Death on the Installment Plan was recorded over the course of that year and released in 1993 by KK Records and Cargo Records (Canada). This third album was a high-intensity blast of near-madness; the soul turned inside-out. An eight country European tour was mounted in the spring of that year followed by an appearance at the 1993 New Music Seminar in New York City. The mini-album Fixate was released in late 1994. This release contained remixes from Death on the Installment Plan, as well as an unreleased instrumental and several live tracks, capturing the full-spectrum assault of NUMB live.

In the spring of 1994 a soundtrack was completed for the play "Photographic Memories" which premiered at the Vancouver New Play Festival. This soundtrack explored new territory for NUMB in that it combined dark electronics with 19th and 20th century chamber music forms and instrumentation.

1994; ten years after Orwell... Wasted Sky (KK Records), a full length album, is released. A post-apocalyptic vision where the wreckage of minds, machines, and souls are scattered across a war-zone of manipulation, fear, and loneliness. The title track depicts a world where technology is religion, and truth is only an "Undo" button. Several contributions of remixes and new unreleased material have also appeared on Danish, German, Belgian and Portuguese compilations in 1994. 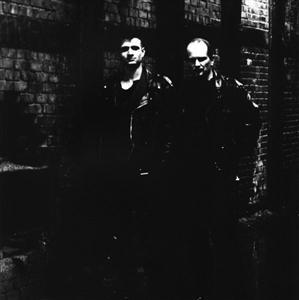