Anne Marie: Born in the Avalon in Newfoundland, known for its wild roses and storms off the North Atlantic.

Ancestral Family, the Wyses of Waterford, fought for Anglo-Irish peace in Ireland, an Anglo-Norman people who arrived in Ireland in 1107. Some came to Newfoundland, the first of Britain's overseas colonies in the late seventeen hundreds. William IV, as the young Duke of Clarence, was surrogate magistrate there during that time. In 1945 Churchill and Roosevelt signed the Atlantic Charter off the coast of the nearby, once strategic U.S. Naval Base.

At sixteen, Anne Marie left to begin musical studies at the Royal conservatory of Music affiliated with the University of Toronto. She saw Canada firsthand, travelling and singing across the country twice by train across the winter prairies in a singing tour with CN/CP Hotels. She also sang for the Hileah Horse Races - a celebration during the social season festivities in Bal Harbour, Miami Beach, for members of the White House. She researched Celtic History and Music in Ireland, spending a summer singing on its beautiful West Coast, and travelled and wrote in Europe and the Leeward Islands of the West Indies and the songs she has written reflect the inspiration of that odyssey.

Albums with the CBC Broadcast Recording are in CBC libraries across Canada, and a Radio Canada International offering of the music of Newfoundland with RCI affiliates throughout the world and Libraries of Canadian embassies.

Anne Marie Wyse-Murray emerged from the rich Celtic tradition of Newfoundland and a musical Scots-Irish family to become one of Canada's singer-poet. Classically trained from early youth, with a further three years at the Royal conservatory of Music in Toronto, she maintained a strong interest in popular music and held fast to Celtic music, the heritage of Newfoundland. Having taught, after student days, she then went on to record with the CBC and Radio Canada International. She traveled in many countries of the world, and discovered the joy of performing, and the fulfillment of writing.

She also brings the music of other traditions to her performances, particular the Tara songs of Ireland, the fado songs of Portugal, and the cabaret songs of France, which she sings in the languages in which they were written.

Anne Marie Wyse-Murray is also the founder of Avalon Publishing. This talented vocalist-poet writes and sings about humanist issues, about peoples yearning for love and union. Anne Marie is bridging the traditional split between music and book sales.

"Many of her written works are in a class with the works of Jacques Brel", Max Ferguson,CBC-FM
"A Voice of Gold", Orlando Press Florida

The Streets of Old St. John's b/w Has Love Gone Out of Style

Where the Lighthouse Guards the Strand

The Streets of Old St. John's b/w Has Love Gone Out of Style 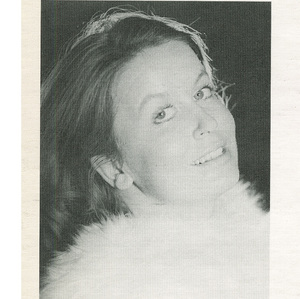