Mr. Right & Mr. Wrong: One Down & Two To Go is a compilation album by Nomeansno. After the departure of long-time guitarist Andy Kerr, the group's lineup stood simply as a two-piece (brothers Rob and John Wright) at the time of the album's recording.

Directly From My Heart To You (EP) 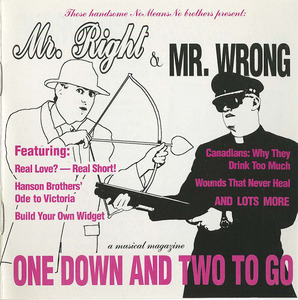