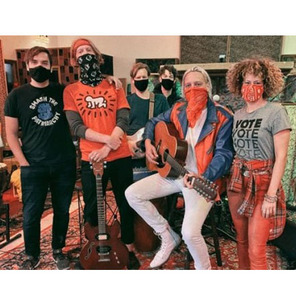 Gen A
"In a week of protests and strikes, over 6 million people in 185 countries, from schoolchildren to trade-unionists, took to the streets demanding that political elites do something meaningful to address the climate crisis. Taken together, this was the largest protest the world has ever seen. It really does feel like we are at the beginning of something big. But what exactly?

Many changes, surely, but for one answer to that question, we can look to the key moment in Greta Thunberg’s searing“How dare you!”speech, delivered to world leaders at the UN climate summit in New York on September 23, 2019. The moment in question explains what will happen if elites fail in the task of adopting policies genuinely aimed at averting climate disaster. With trademark candor, Greta asserts that her generation“will never forgive”those responsible for the failure. Though her Twitter detractors were quick to paint the remark as an empty rhetorical flourish, in fact, Greta’s remark could help to initiate a rhetorical reset in the relation between generations. Perhaps most significantly, this rhetorical shift may even herald the emergence of a new generation.

Picking out generations has become largely a matter of“market segmentation.”Businesses need a way to categorize those to whom they’re selling shit. Generational cohorts, defined by markers typically set every twenty years or so, held together loosely by values, shared experiences, and common interests is one way to do that. But shallow business concerns have effectively usurped one of the deepest existential questions we can ask about ourselves: how do we—members of any present generation—fit into the larger historical stream? For most of our history, answering that question had nothing to do with what we could be enticed to consume. It was instead a matter of becoming aware of how we relate to the rest of the world: our various communities, past and future generations, nature, divinity.

Most of those under the age of around forty will live lives defined by the anthropocene: by the immense challenges contained in mounting climate chaos and ecological collapse. As these twin calamities evolve, there will be no meaningful way to distinguish between those young generations delineated by marketing agencies: Gen Z and Millennials, the two big generations still under forty. Instead, they will likely become a single transition generation overseeing our move from the old world to a new one. Their shared experiences will be grafted together by the wildfires they’ll weather together, their shared values moulded and alloyed by the acts of violence that have always trailed ecological collapse.

The existential crisis inherent to this transition is so dire and so unique that our usual way of demarcating generational cohorts needs revamping, and the generation experiencing it needs a new designation. Welcome Generation Anthropocene, or Gen A, to the social scene. This is no straightforward succession of one group by another. Rather, Gen A represents a bundling of post-boomer generations around a single concern, the climate emergency. The Gen Z teenagers organizing school strikes represent a new vanguard of this much broader coalition of forces. We are in the early days of an unprecedented harnessing of political and moral energies bringing together members of both Gen Y (aka Millennials) and Gen Z, and even some Gen Xers.

In a few short years, all of the ‘kids’ who have started this movement will be voters. The many Millennial activists who built the first waves of youth climate movements in the early 2000s are already beginning to take control of important institutions. But as anyone attending one of the recent protest events can testify, the movement itself has ballooned well beyond this group. We are witnessing the emergence of a cross-generational political bloc with a moral cohesiveness not seen since the early days of the civil rights movement.

The good news is that Gen A defies marketing logic because it is defined by its unwavering moral compass, its laser-focus on the moral transgressions of those it will ultimately displace. It’s hard to imagine this group responding at all charitably to any efforts to commodify its moral anger. Maybe I’m naïve on this score, but the emphasis they are placing on basic concerns of global and intergenerational justice blocks any path the marketers might beat to them.

In the coming decades, climate disruption will be the unignorable background condition of all important political decisions, as well as personal and moral decisions. This cohort is about to assume the levers of power in a climate-ravaged world and their reign may not be a bed of roses for those who enabled the crisis to fester, and who refuse to halt it now. Members of Gen A will make the key decisions about who gets what in situations where the pinch of scarcity is likely to become more and more acute. When tough choices have to be made about the distribution of basic resources, what do you think will become of those declared unforgivable because of the role they played in bringing on the catastrophe?

Now let’s circle back to Greta’s assertion about intergenerational relations. The nature and function of forgiveness is all about the relation between wrongdoers and their victims. It is the victim’s voluntary renunciation of hostile attitudes—resentment, anger, hatred—previously directed at the wrongdoer. This happens all the time, which is a good thing because collectives of any size couldn’t function properly without it. Even so, genuine forgiveness cannot come too cheap. To deserve it a wrongdoer must engage in appropriate amends-making actions. These can range from a simple apology to monetary reparations or, what is most relevant to our case, ceasing to commit an ongoing crime.

In the absence of some such gesture, a wrongdoer may be declared unforgivable. This is a very radical moral measure. It entails that nothing the wrongdoer does after the crime will erase the wrong or appease its victims. The hostile attitudes of the victims will remain, and justifiably so if the wrong was severe enough. More importantly, it means that the gloves are off when it comes to how the wrongdoer can legitimately be treated.

Talking about the French Revolution, the great political theorist Alexis de Tocqueville remarked that the political elite in France at the time did not perceive“the least symptom of unsteadiness”leading up to the outbreak of revolution. They were complacently closed off to the grievances rumbling audibly through the rest of the social order, and paid a heavy toll for this willful unawareness. They were effectively declared unforgivable by the revolutionaries, and treated accordingly. Something similar is happening now. Our elites ignore the clear threat represented by Gen A—encapsulated so crisply in Greta’s remarks on forgiveness—at their peril. "
-Byron Williston, Professor of Philosophy at Wilfrid Laurier University and member of the Interdisciplinary Centre on Climate Change at the University of Waterloo. Published on October 7, 2019, Epilogue Magazine