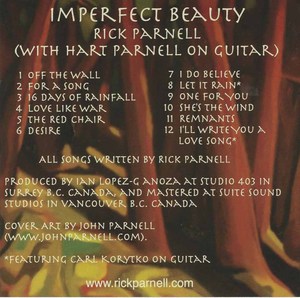 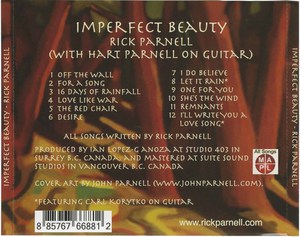 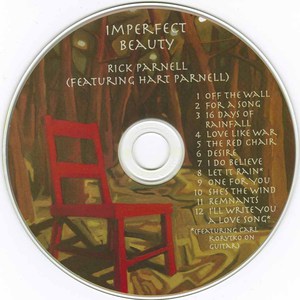 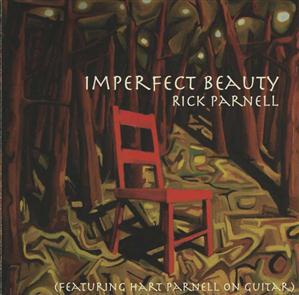 Rick Parnell releases his latest CD, “Imperfect Beauty,” featuring an excellent collection of Rock/Folk songs. Parnell and his fellow musicians create an album that is brimming with thought provoking lyrics and soulful melodies. The song, “For a Song (feat. Hart Parnell),” has laid back vocals that sing the interesting lyrics with emotive style. “Desire (feat. Hart Parnell),” has a smooth rhythmic groove that also features some great guitar riffs. The track, “One For You (feat. Hart Parnell),” has a Bluesy feel as the mellow vocals are complemented by solid drums and soulful guitar hooks. If you are into the musical likes of Bob Dylan or The Traveling Wilburys, then you will enjoy the terrific songs on the album, “Imperfect Beauty.”
-Radioindy.com

Captivating lyrics and word play, powerful guitar hooks and weaves, and a blend of folk, classic rock and blues define this twelve-song disc. The style is fresh while reminiscent of classic rock songs from the 60‘s, 70’s and 80’s. These songs continue a trend toward timeless classics suited to music lovers of every generation.

As with his debut EP One Eye Open released in 2009, Rick Parnell’s songwriting delivers unique character and flavour. With this full length disc, Parnell focuses more attention on production, using studio musicianship to explore and expand the overall sound.

The recordings on this collection mark the debut of Hart Parnell on lead guitar - Rick’s youngest son is a dream guitarist “built from scratch.”