After walking away from an enviable corporate career in 2008, Rick Parnell acknowledged that his true passion has always been music. Rick decided to wade more deeply into composing and performing. With his customary discipline and the resilience of a man who finally found his calling, he impressed musician/producer Graham Ronne who offered to produce a few demos. The success of those demos and Parnell-Ronne’s artistic rapport led to the completion of Rick’s first six-song EP. As a broader audience discovered Rick's music, new projects took shape.

A passionate family man, in 2010 Rick began collaborating with his super-talented sixteen-year-old son, Hart. Aided by producer Ian Lopez, Rick began production of his first full length CD, “Imperfect Beauty.” The first single was released digitally on CD Baby and iTunes (November 2010), with the full digital release in May of 2011. A physical CD release is planned for Fall 2011.

Born in Calgary, the third of six children, Rick grew up on military bases in Ontario, returning to the west only after graduating university. Rick is a life-long learner with no discernible fear for almost any subject. Music has always been a passion, from imitating Louis Armstrong on the radio as a small child, to performing charity gigs while holding senior management roles. Since deciding to focus on music full-time, Rick began a productive period of songwriting that continues without end in view.

The core band line-up consists of Rick Parnell on rhythm and vocals, Hart Parnell on lead guitar, and Terry Martyniuk on percussion, with guest bassists and guitarists joining in to fit the occasion/venue.

One For You - Off the Wall 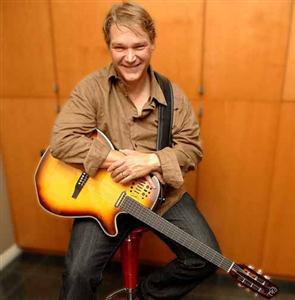