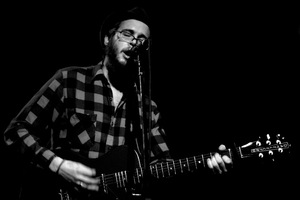 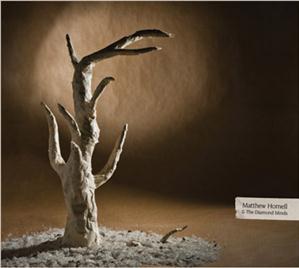 When Matthew Hornell’s vocals cut in after the harmonica and acoustic guitar melody of his opening number “She Only Loves Me,” it’s as if he’s communicating directly to you.

The four-piece group from St. John’s have managed to craft a debut album that demonstrates their musical capabilities without flaunting. Instead, the melodious subtleties complement the lyrical quality of the tunes, making a collection of stories that is as easy to listen to as it is to dance.

Hornell has all the elements of Newfoundland folk music at his disposal: booze, love, small towns, and the ocean. However, he approaches each of these with sophistication, making something familiar sound altogether new. By the end of the record, it’s clear that this is not the same portrait of the city that has been recycled ad nauseam; it has been reshaped to make sense to a new generation.

Even the genre is not as simple as a contemporary folk hybrid, although the influence is obvious on some numbers, such as the frolicking “Easy on Me.” Despite the presence of accordions, banjos, and mandolins, there’s as much of a bluegrass, country, or rock atmosphere on the album as anything else.

Nothing on this album is overly complex, but that’s the point. Matthew Hornell and the Diamond Minds are more concerned with finding something universal in their own unique experiences and making it as accessible as possible.

The band’s self-titled release has choruses that will stick in your head after listening, but the characters and stories are what you will truly remember. The simple production helps blur the distinction between musician and listener, so that if Matthew Hornell And The Diamond Minds seems better suited for a coffee house than a rowdy pub, at least it’s genuine.
-Ryan Belbin, themuse.ca