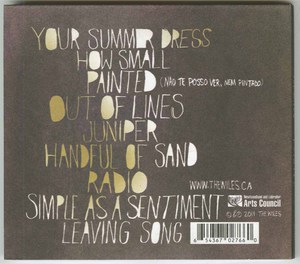 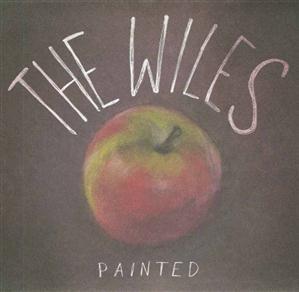 If you haven’t been introduced to St. John’s ensemble the Wiles yet, now’s a good time to get to know them. Songwriters Katie Baggs and Jared Klok alternate on vocals (in addition to a slew of folksy stringed instruments), backed by Ben Rigby, Jake Nicoll, and Billy Nicoll. Painted, their debut album, is a collection of tunes that are both familiar and defy easy categorization, whimsical and sombre all at once – but, with a homespun flavour permeating through each track.

It’s an album that sounds as much like a produced piece of art as a snapshot of a performance at the crowded Ship Inn or in a hushed kitchen on Prescott Street.

The Wiles are the latest in a long line of young performers to resurrect folk music traditions, infusing their arrangements with contemporary sensibilities. What sets this band apart is the way they have remained committed to authentic 1970s folk revival sounds, particularly those of the United States, with undercurrents of Atlantic Canadian music – no gimmicks or flourishes, just soulful, jagged voices, pulsing banjo in an Americana style not unlike Sherman Downey or Matthew Hornell, and a Celtic-country violin.

Painted opens with “Your Summer Dress,” a stripped-down but nonetheless boogie-worthy tune that takes heartbreak all in stride: “I guess being robbed is better than being broke.” The album is, appropriately enough, painted with similar snatches of wisdom that are poetic, but not preachy or condescending.

One of the most instantly likeable tracks is “Juniper.” Baggs wrote the song as well as sings it, an energetic longing for home over a banjo melody line and organic imagery. Her reverence for birch trees and blueberry bushes isn’t trite, ironic, or overly romanticised, however, and it’s this sincerity and simplicity that stands out. She writes in a similar manner on “How Small,” admitting her vulnerability and isolation while singing, “I tremble like an aspen / I burn like a red pine / I weep like a willow / And I sleep like the standing ghost of a tree.” It’s a haunting lyric, and the ethereal voices glide straight to the spine.

If the opening track is all about looking backwards and seeking rectification, the closing track, “Leaving Song,” is more concerned with the future, in a playful, casual way. “I pack up my satchel, my notebook and pens / A letter from my mother, some novels from my friends,” Klok dreamily muses like a modern-day vagabond. In a world of digital downloads, synthesized instruments, and frequent flyer points, the thought of folk musicians actually traversing the country in a cheap panel van and not caring how many people they played for is endearing, especially considering that the Wiles could actually convince you that it’s possible.
-The Independent.ca