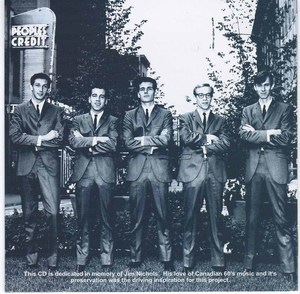 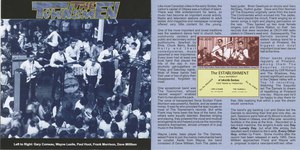 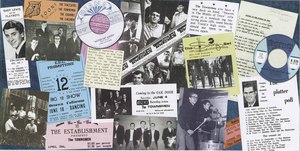 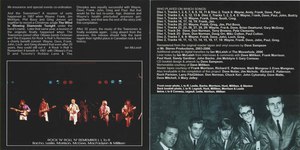 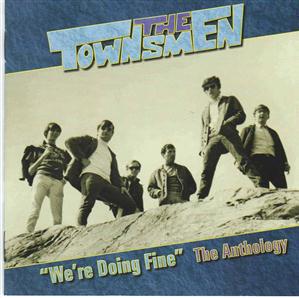 The Townsmen were a short-lived but exciting band that produced only five singles in their career. Little-known outside Eastern Canada, they were nonetheless a superb pop group that produced, arranged, played and sang all their hits – a rarity for a Canadian band at the time.

The original unit was formed in Ottawa and comprised of Huot, Morrison, Legault, Milliken and Leslie. Huot had been a founding member of the Esquires while Morrison, Milliken and Leslie were members of the Darnells. The Darnells had released one single and backed up local pop singers Lori & Diane on two more. Signed to the Regency label, the first two Townsmen singles “I’m Such A Dreamer” and “Funny How Love Can Be” hit the top ten locally and had scattered airplay nationally. The third, “The Lion Sleeps Tonight” / “We’re Doing Fine” was a double-sided hit. “Lion…” is notable for blending four-part harmonies with the well-loved African folk song and the riff from “Louie Louie” into an early version of world music.

Legault left and the band added Baccho and Stanton in time for their fourth single. “He’s In Town”, which proved to be their biggest hit. Musical differences led to a new line-up of Morrison, Leslie, Cushnie and McGhee for their last single “Rocking Chair” which was leased to Polydor. The song’s failure to chart led the band to dissolve in 1968.

In 2006, Mousehole Music released a 2-CD set that included all of the band’s singles; plus live performances from 1966, 1967, 1987 and 1991; and a selection of tracks from Townsmen members in other bands and musical combinations. The initial limited-edition pressing sold out so the set is being re-released in 2010 by Pacemaker Entertainment / Mousehole Music.