The Townsmen came together in a twist of happenstance following the break-up of Ottawa's Esquires. Dave Milliken of burgeoning Ottawa dance hall act The Darnels received a call from The Esquires' drummer Paul Huot wondering if he, or other members of the Darnels, would care to join Huot and Esquires guitarist Andy Legault in a new band. Darnels' guitarist Milliken, bassist Wayne Leslie and vocalist Frank Morrison jumped at the chance , and The Townsmen were born.

The group went into seclusion and rehearsed for 3 months solid - taking a 5-night a week gig at The Coral Reef Club until emerging with manager Sandy Gardner (The Esquires, The Staccatos) and a record deal with Regency Records.

Gardner searched for repertoire that the band could record -- mainly picking British records that had not made the charts in Canada. He also tapped Les Emmerson and Vern Craig (The Staccatos, Five Man Electrical Band) to write exclusive material for Frank Morrison and Andy Legault's voices.

To that end, the duo wrote the band's first single "I'm Such A Dreamer" while the B-side ("Take A Heart") was taken from a 1965 single by The Sorrows.

Their first gig was opening for The Staccatos and M.G. And The Escorts at the Ottawa Coliseum before 3,000 people. The band's first single, "I'm A Dreamer" (1966), was on its way to No. 18 on the national chart at the time.

A national tour followed opening for many of America's top acts at the time -- The McCoys, Gary Lewis And The Playboys and The Young Rascals. By the end of 1966,Gary Comeau of the Esquires had joined the band in early 1966 he only stayed for a year. The band made a line-up change after Gary left with the addition of John Bacho and Buddy Stanton and the band released more singles.

The band had a succession of moderately received singles from 1967 thru 1969 before the band finally packed it in.

A brief reunion of the band occurred in 1987 for a one-off Ottawa charity. Most of the members went on to careers outside of music. Legault unfortunately, passed away.

Mouse Hole Music in Ottawa released a comprehensive 2-CD set of all the band's recordings in 2006 called 'We're Doing Fine'.

Take a Heart b/w I'm Such a Dreamer

He's in Town b/w Back Yards 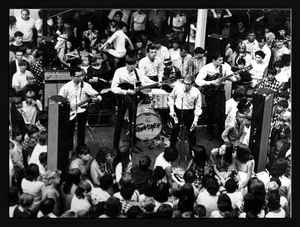 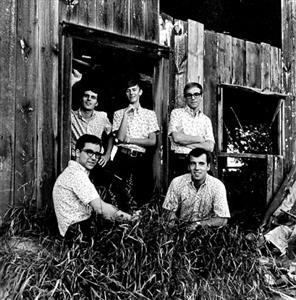