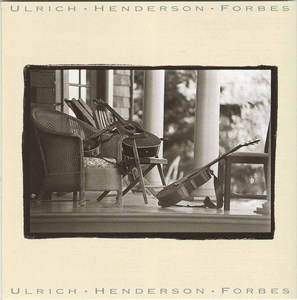 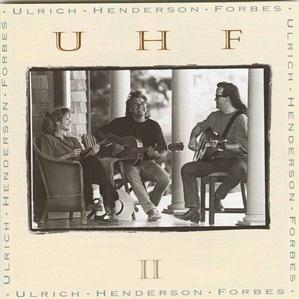 In 1995, UHF II was released and lightning struck twice, featuring a second edition of live, off the floor, pristinely acoustic performances from this powertrio of Canadian artists. The mix is eclectic in its folk, rock, country, pop sounds, and stellar in its vocal blend and performances

From Henderson's poignant Goodbye through Ulrich's Watching The River Run and Forbes' joyous Lifting My Heart, three voices and talents had again converged into an amazing, stirring unit.

"It's a wonderful balance," Henderson has said of the group. "I find some neat mysteries in it. One of them is how we get the vocal blend we do. I would never have expected that to work. But it just did, an amazing surprise." For his part, Forbes considers his and Henderson's driving guitar work an integeral part of the mix. "The twin guitar attack that Bill and I have is really developing ... and with Shari in the middle playing fiddle and mandolin ... we're pulling things out of each other. It's a powerful force."

To learn more about these artists and UHF, please visit the artists' websites: