The enigmatically named acoustic/vocal trio, UHF, are Shari Ulrich, Bill Henderson, and Roy Forbes, as brilliant a teaming of three disparate talents as a Canadian West Coast accident could ever be.

When they first joined forces in 1989, Vancouver-born Henderson was best known as the long-time lead singer and songwriter for the successful Collectors and Chilliwack bands. Ulrich, an ex-Californian, had been a former key member of British Columbia's Pied Pumkin, the Hometown Band, and a respected solo singer-songwriter; while Forbes, a Northern BC, Dawson Creek émigré, known for years as Bim, was a long time formidable staple on the North American folk/roots circuit.

As it happens, Vancouver's annual Winter Roots Festival organizers approached Forbes and Ulrich eight years ago about teaming with a third musician/singer for a one-off performance. The only question was, who?

"It was actually Roy," remembers Ulrich, "who said, 'what about Bill Henderson?' So, we called him up and he was game. We had the intention of only doing that one concert but we just had such a blast, we wanted to keep going."

After coming up with the name UHF and weighing the success of that first show, an album seemed the next logical move.

Ulrich, Henderson and Forbes are all seasoned and prolific songwriters - indeed, each continues a solo recording and performance career to this day - but it took a special focus to come up with tunes that suited the trio. The 1990 release, UHF, was an inspired tour de force that more than fit the bill.

To learn more about these artists and UHF, please visit the artists' websites 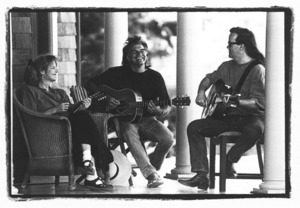 On the cover of UHF II, Ulrich Henderson and Forbes are pictured on a front porch picking and singing. The image is a perfect distillation of what UHF is all about: Music and the sheer joy of making it. 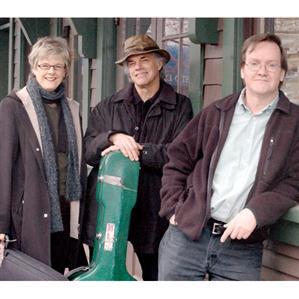