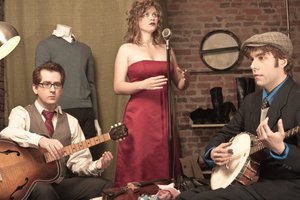 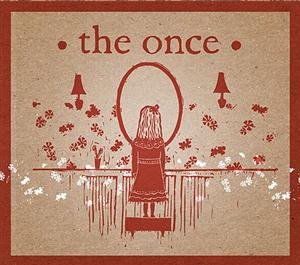 "..everything old is new again on the self-titled debut from the Once, a young folk trio (below) that puts a contemporary spin on the province’s Irish and Scottish influences. Beneath its buzzing electric guitar, “Maid on the Shore’’ is a thoroughly modern sea shanty, while the ballad “Marguerite’’ salutes the majesty of the hills of Newfoundland and the nostalgia they induce. Close harmonies turn Tom Waits’s “The Briar and the Rose’’ into an elegy. The real stunner, though, is an a cappella cover of Leonard Cohen’s “Coming Back to You’’ that conjures the beauty and simplicity of the late Kate Wolf."-Boston Globe

Perfect vocal harmonies thick enough to stand on. Think of the heavenly mix of Alison Krauss, Emmylou Harris and Gillian Welch, back them up with The Chieftans, and let Daniel Lanois swim around in it, and you're still only halfway there.
-Amelia Curran

Newfoundland’s The Once is comprised of Geraldine Hollett of Burin, Phil Churchill of Corner Brook and Andrew Dale of Coley’s Point. The folk trio met in the summer of 2005 while working with Rising Tide Theatre in Trinity. It was there that they discovered a mutual appreciation for the music of their native Newfoundland and the British Isles. Shortly thereafter, The Once was formed. Superb musicianship, clever arrangements and stunning harmonies make The Once a fresh and exciting new group whose rise will be something worth watching.
-Newfoundland and Labrador Arts Council