The island of Newfoundland is a living entity.

It was born from an apathetic sea and nurtured by a dauntless people; reared strong and stalwart; sculpted in equal part from ancestral traditions, fate and chance.

In the summer of 2004, Geraldine Hollett, Phil Churchill and Andrew Dale found themselves at a summer repertory theatre company in the tiny, centuries old fishing community of Trinity, Newfoundland. Charged with the task of providing little more than an evenings worth of music and song for tourists and countrymen, the three wove their voices and instruments together to create what is now the critically acclaimed folk trio known as The Once.

From unaccompanied ballads layered with “vocal harmonies thick enough to stand on” to exquisitely arranged shanties featuring bouzouki, banjo, bodhrán and more, The Once has quickly become the pride of Newfoundland and Labrador’s folk music scene. Their subtle yet haunting folk sound has sold over 4,000 copies of their release in less than a year.

Working with Garrison Hill Entertainment Ltd (Bob Hallett from Great Big Sea), they have now signed with Canada’s premier folk music label Borealis Records. This fall, The Once will embark on a 12 venue tour through their home province with comedian and fellow Newfoundlander John Sheehan, perform in Cape Breton at the Celtic Colours International Festival and then continue on to Ireland for a highly anticipated tour with Juno Award winner Amelia Curran.

If they are not already on your minds or on your shelf, rest assured, they will be The Once.

This is a Christmas Album 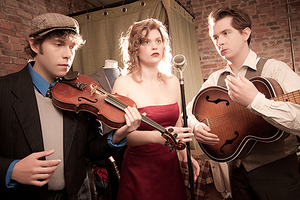 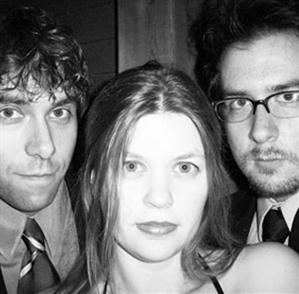