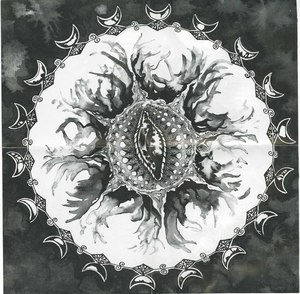 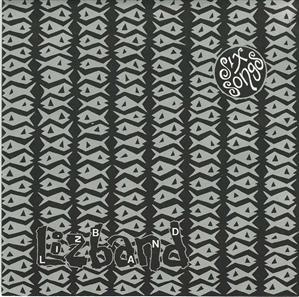 "This is music from the cutting edge --- powerful alternative rock base sound tinged with subtle musical and vocal nuances and recorded with a raw live energy, from the raven haired Zen mother of Avalon and her comrades, poised to take both North America and Europe by storm from this isle of Newfoundland.

The first thing you notice about this EP is the title, "Six Songs," which seems at first prosaic but actually contains a subtle word play on "sick" songs" and, if you have some French tongue, "sea songs." Indeed, this EP contains songs to make you feel all right, from a crack alternative band with the seething power of the North Atlantic waves crashing into lofty cliffs, with the night priestess voice of Liz Pickard soaring through, like the salty clifftop geyser of Arianrhod's vent in Welsh mythology.

The music is a hard-hitting alternative head-banging soundscape that keeps the body dancing while the passionate no-nonsense voice of Liz Pickard soars through and over the music and keeps the mind dancing. She has a unique rebel voice, like a 1920's gangster dame with an accent that is pure Newfoundland (of "hard rock and water," to quote Ron Hynes), with elements from Ireland, the UK, continental Europe and a hint of LA & NY, and should appeal to all these and more. She is capable of singing soft, honeypot-dripping sensually but still strongly, or in a protective rage voice of change, a staccato hailstorm punctuated with the occasional howl or growl.

She has a nightbird voice, of seaside wind and mountain spray, with a hint of feral feline. I don't like to make comparisons, and her voice is unique, but you could imagine a Ani diFranco type voice but with a bit of a strong torch jazz singer, rocked up much more, with a bit of a lusty celtic lilt, and with the vocal nuances of a trained actor, capable of rousing the deadest crowd to musical bliss like a consumnate prayer tent operator. Her stage presence is second to none, in your face, and backed by a sharp band. The EP was recorded at least partly live off the floor and retains some of the live energy of Lizband and is best listened to turned up loud. Their live show is even better, and improving all the time, so catch them if you can."