Grunsky, Jack - The Patience of a Sailor 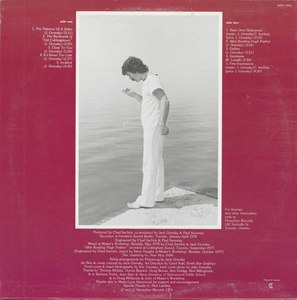 Jack Grunsky - The Patience of a Sailor 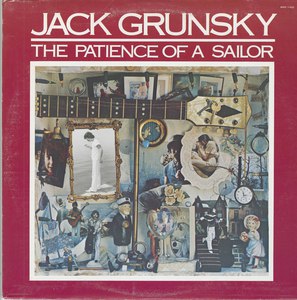 The Patience of a Sailor

In 1974 Jack Grunsky moved with his family back to Canada where he connected with record producer Chad Irschick, and released an independent album titled, The Patience Of A Sailor.

In the early 1980s Grunsky developed a keen interest in music for children. During the next 25 years, his name has become synonymous with excellence in children's music. His eleven recordings for children have received all of the most prestigious awards in children's media, including two Canada's Juno Awards for Best Children's Recording, several U.S. Parents' Choice Gold Awards, multiple placements on the American Library Association's Notable Recording Lists and a Parent's Guide to Children's Media Award.

He tours extensively, performing in theatres and family concert settings, international children's festivals, and Early Childhood Educational conferences. Numerous television appearances with CTV Kids TV and YTV Treehouse have broadened his appeal both in Canada and the United States. Grunsky has also performed his symphony show for young audiences called Welcome to the Orchestra with most major Canadian orchestras.

Other music production credits include Fred Penner's 2002 CD, Sing With Fred, which won Children's Album of the Year at the 2003 Juno Awards.

Jack Grunsky has just released his first NuJazz instrumental CD, Coastlines, which is showcased on JAZZ FM 91.1 in Toronto.