Ten years in Europe: After completing high school in Toronto in 1964, Jack moved to Austria, where he attended the Academy of Arts in Vienna. Interestingly, it was during his years as an art student that Jack's music began to flourish. For the next ten years he became popular in the European music scene as a singer-songwriter. In 1966 he formed the folk singing group, Jack's Angels, who recorded four albums for Amadeo Records of Vienna. They were hugely successful, but the group lasted only a few years.

After the group disbanded, Jack continued recording and made three more solo albums for Amadeo Records: The Way I Want To Live, My Ship and Toronto, which was produced by Alexis Korner in London, England and featured tracks with Mick Taylor of the Rolling Stones on slide guitar. A number of singles reached the top of the European charts. Eckart Rahn, a music publisher took a keen interest in Jack and brought him on board the progressive German label, Kuckuck Records in Munich, where Jack produced three more albums: Buffalo Brian, Newborn Man and the self-titled, Jack Grunsky.

In 1974, his seventh recording, Icarus was released - a double compilation album which included live performances at Vienna's Folk Club, Atlantis. Throughout his stay in Europe, Jack toured extensively, performing in major concert halls and music festivals and was often a featured guest on radio and TV specials. Austria's national radio, ORF offered him his own half-hour weekly radio show called, Folk With Jack which served as a vehicle for sharing his passion of folk music.

Back home to Canada: It was precisely this music and the strong pull back to his adopted homeland, Canada that prompted Jack to return to his musical roots and pursue his career in North America. He connected with record producer Chad Irschick and together they produced an independent album titled, The Patience Of A Sailor (1978). Jack was a regular at coffeehouses and folk festivals in Ontario.

Music for children: In the early '80s, and now a family man with two daughters, Jack reached a turning point in his career. When asked to conduct a music program for the Toronto Island Montessori School, a new musical world opened for Jack - "educating children through music". With four years of teaching music and working with young children, he developed a new repertoire of songs and soon began to perform live again, touring hundreds of schools in Canada, USA, Europe and as far afield as South Africa. During the next 25 years, Jack Grunsky's name has become synonymous with excellence in children's music. His recordings, Imaginary Window, Children Of The Morning, Waves Of Wonder, Dream Catcher, a family concert video, Celebrate! Jack Grunsky Live, Jumpin' Jack, Sing and Dance, Playground, Jack In The Box #1, Jack In The Box #2, Like A Flower To The Sun and My Beautiful World, along with his publications of teacher's activity guides, have received all of the most prestigious awards in children's media, including three JUNO Awards for Best Children's Recording.

Current: Jack continues to tour, performing in theatres and family concert settings, International Children's Festivals, and Early Childhood Educational conferences. He is often accompanied by his Chigo Chigo Band, that has come to include his now grown-up younger daughter, Cosima, a singer-songwriter and children's performer in her own right. He presents many keynotes and workshops at ECE conferences, where his annotated performances invariably provide educators with fresh new insights for music in the classroom. Numerous television and radio appearances have broadened his appeal both in Canada and the US. Furthermore Jack has also developed a symphony show for young audiences called, Sing With The Symphony, which he has performed with most of the major professional symphony orchestras in Canada.

His expertise as a record producer and mixer has been recognized by fellow children's artist, Fred Penner. The CD, Sing With Fred won a JUNO Award for Best Children's Recording of 2002. He has also mixed jazz recordings by the Toronto based Nehring, Koller, Braid trio and is credited for mixing and co-production for The Heillig Manouevre. In 2006, Jack released a NuJazz instrumental recording titled, Coastlines, aired on radio stations globally. April 2008 he released a follow-up 'folk/new-age/jazz/bossa nova' CD titled Room To Move with new songs and instrumentals which he is showcasing in concerts for grown-ups. Featured musicians on the CD are Mark Kelso on drums, Matt Horner on piano, Henry Heillig on bass, William Carn on trombone, Colleen Allen and Perry White on saxophones, Ravi Naimpally on tablas, Lenny Graf on woodwinds, and harmony vocals by 'Angels on Call', Cosima and Hertha Grunsky and Maru Rodriguez. Jack is also currently producing his daughter, Cosima's latest CD.

More children's CDs: Jack's own new children's CD titled Catchy Tune was released in August 2008 and has received the iParenting award for Best Children's CD plus a Parents' Choice Silver Award. In November, 2008 Jack was honoured with the SOCAN Children's Music Award.

three solo albums for Amadeo Records: The Way I Want To Live, My Ship and Toronto, which was produced by Alexis Korner in London, England, and featured tracks with Mick Taylor of the Rolling Stones on slide guitar

Throughout his 10-year stay in Europe, Jack toured extensively, performing in major concert halls and music festivals and numerous radio and TV appearances

Back home to Canada:
1974 returned to Toronto to his ‘Canadian’ musical roots

Music for children:
1981 conducted a music program for the Toronto Island Montessori School
four years of teaching music and working with young children

1989 recorded his first children’s CD Imaginary Window, followed by Children Of The Morning

mixing and co-production for The Heillig Manouevre jazz quartett

And Jack's Angels - Believe In A World

The Patience of a Sailor 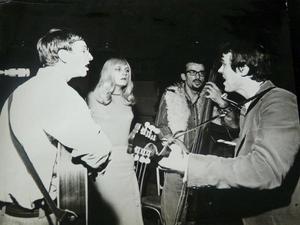 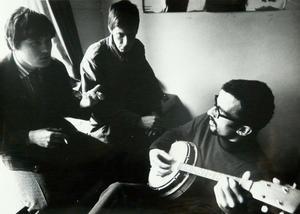 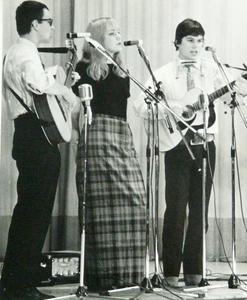 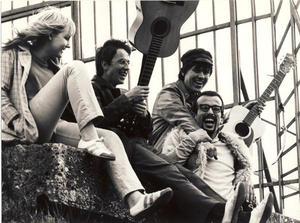 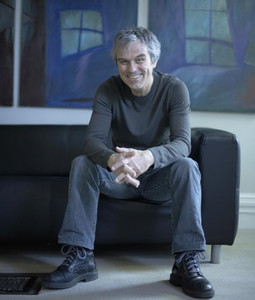