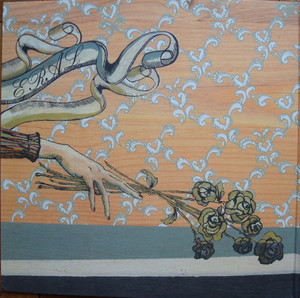 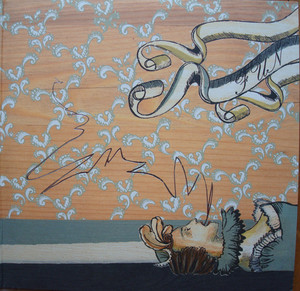 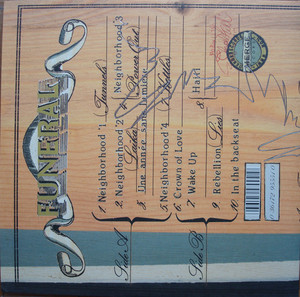 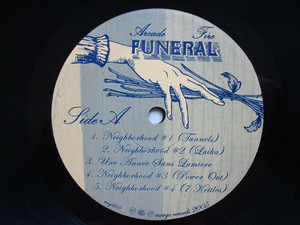 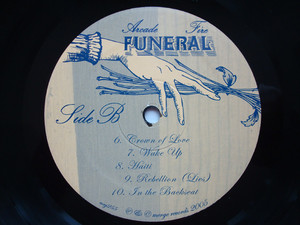 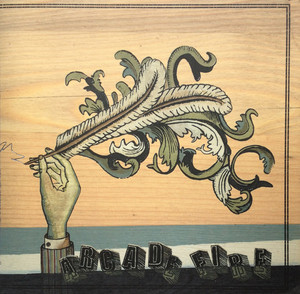 How did we get here?

Ours is a generation overwhelmed by frustration, unrest, dread, and tragedy. Fear is wholly pervasive in American society, but we manage nonetheless to build our defenses in subtle ways-- we scoff at arbitrary, color-coded "threat" levels; we receive our information from comedians and laugh at politicians. Upon the turn of the 21st century, we have come to know our isolation well. Our self-imposed solitude renders us politically and spiritually inert, but rather than take steps to heal our emotional and existential wounds, we have chosen to revel in them. We consume the affected martyrdom of our purported idols and spit it back in mocking defiance. We forget that "emo" was once derived from emotion, and that in our buying and selling of personal pain, or the cynical approximation of it, we feel nothing.

We are not the first, or the last, to be confronted with this dilemma. David Byrne famously asked a variation on the question that opens this review, and in doing so suggested a type of universal disaffection synonymous with drowning. And so The Arcade Fire asks the question again, but with a crucial distinction: The pain of Win Butler and Régine Chassagne, the enigmatic husband-and-wife songwriting force behind the band, is not merely metaphorical, nor is it defeatist. They tread water in Byrne's ambivalence because they have known real, blinding pain, and they have overcome it in a way that is both tangible and accessible. Their search for salvation in the midst of real chaos is ours; their eventual catharsis is part of our continual enlightenment.

The years leading up to the recording of Funeral were marked with death. Chassagne's grandmother passed away in June of 2003, Butler's grandfather in March of 2004, and bandmate Richard Parry's aunt the following month. These songs demonstrate a collective subliminal recognition of the powerful but oddly distanced pain that follows the death of an aging loved one. Funeral evokes sickness and death, but also understanding and renewal; childlike mystification, but also the impending coldness of maturity. The recurring motif of a non-specific "neighborhood" suggests the supportive bonds of family and community, but most of its lyrical imagery is overpoweringly desolate.

"Neighborhood #1 (Tunnels)" is a sumptuously theatrical opener-- the gentle hum of an organ, undulating strings, and repetition of a simple piano figure suggest the discreet unveiling of an epic. Butler, in a bold voice that wavers with the force of raw, unspoken emotion, introduces his neighborhood. The scene is tragic: As a young man's parents weep in the next room, he secretly escapes to meet his girlfriend in the town square, where they naively plan an "adult" future that, in the haze of adolescence, is barely comprehensible to them. Their only respite from their shared uncertainty and remoteness exists in the memories of friends and parents.

The following songs draw upon the tone and sentiment of "Tunnels" as an abstract mission statement. The conventionally rock-oriented "Neighborhood #2 (Laika)" is a second-hand account of one individual's struggle to overcome an introverted sense of suicidal desperation. The lyrics superficially suggest a theme of middle-class alienation, but avoid literal allusion to a suburban wasteland-- one defining characteristic of the album, in fact, is the all-encompassing scope of its conceptual neighborhoods. The urban clatter of Butler's adopted hometown of Montreal can be felt in the foreboding streetlights and shadows of "Une Annee Sans Lumiere", while Chassagne's evocative illustration of her homeland (on "Haiti", the country her parents fled in the 1960s) is both distantly exotic and starkly violent, perfectly evoking a nation in turmoil.

"Neighborhood #3 (Power Out)" is a shimmering, audacious anthem that combines a driving pop beat, ominous guitar assault, and sprightly glockenspiel decoration into a passionate, fist-pumping album manifesto. The fluidity of the song's construction is mesmerizing, and the cohesion of Butler's poignant assertion of exasperation ("I went out into the night/ I went out to pick a fight with anyone") and his emotional call to arms ("The power's out in the heart of man/ Take it from your heart/ Put it in your hand"), distinguishes the song as the album's towering centerpiece.

Even in its darkest moments, Funeral exudes an empowering positivity. Slow-burning ballad "Crown of Love" is an expression of lovesick guilt that perpetually crescendos until the track unexpectedly explodes into a dance section, still soaked in the melodrama of weeping strings; the song's psychological despair gives way to a purely physical catharsis. The anthemic momentum of "Rebellion (Lies)" counterbalances Butler's plaintive appeal for survival at death's door, and there is liberation in his admittance of life's inevitable transience. "In the Backseat" explores a common phenomenon-- a love of backseat window-gazing, inextricably linked to an intense fear of driving-- that ultimately suggests a conclusive optimism through ongoing self-examination. "I've been learning to drive my whole life," Chassagne sings, as the album's acoustic majesty finally recedes and relinquishes.

So long as we're unable or unwilling to fully recognize the healing aspect of embracing honest emotion in popular music, we will always approach the sincerity of an album like Funeral from a clinical distance. Still, that it's so easy to embrace this album's operatic proclamation of love and redemption speaks to the scope of The Arcade Fire's vision. It's taken perhaps too long for us to reach this point where an album is at last capable of completely and successfully restoring the tainted phrase "emotional" to its true origin. Dissecting how we got here now seems unimportant. It's simply comforting to know that we finally have arrived.
-David Moore, pitchfork, September 12, 2004