Katie Moore is an uncompromising songstress whose haunting music defies quick categorization; it lies somewhere in the no-man’s-land between folk, alt-country, bluegrass, and Americana. Built around a persuasive simplicity, each song is anchored by her voice. “I often get asked how long I have been singing for, and I don’t know how to answer that,” says Katie. “How long have you been breathing? It’s just a natural thing I do. I love it.” That much is obvious—enchanting, earthy, pure, real, open; these are some of its descriptors.

Katie casts her vocal anchor into a sea of lush and playful instrumentation. The musicians that perform and record with her are some of Montreal’s finest: Warren C. Spicer and Matthew Woodley (Plants and Animals), Josh Dolgin (Socalled), Joe Grass (Lhasa), David Payant (Silver Mt Zion) and Mike O’Brien (Vic Chestnutt). She and her troupe of instrument toting friends have played at SXSW, Hillside Music Fest, and Dawson City Music Fest; and supported Ramblin’ Jack Elliott, Iris Dement, Socalled, and Plants and Animals.

Her collaborations swing both ways. Katie’s natural, effortless timbre is often sought out as accompaniment by some of Canada’s most renowned artists. Highlights include Patrick Watson, Plants and Animals, Socalled, Chilly Gonzales, and a live collaboration with Feist at the 2010 Vancouver Olympics.

The debut solo recording, Only Thing Worse (Borealis, 2007) is a collection of mostly original songs produced by Warren C. Spicer. The album ties together all of Katie’s influences – from old-time country and bluegrass to folk and indie rock. Only Thing Worse was nominated for Quebec’s GAMIQ Awards, a MIMI (Montreal Independent Music Initiative) Award, and has held a steady place on College radio charts. The original song “Rush Enough” was nominated for SOCAN’s ECHO Songwriter Prize.

Katie’s sophomore recording is nearing completion. Recorded and mixed at Montreal’s Hotel2Tango and Treatment Room, it layers soul influences and lush instrumentation into her alt-country sound. Mention Katie Moore to anyone who’s heard her and he or she will probably exclaim: “The voice of an angel!” Amid the songwriting, recording, touring and collaborations, Katie Moore has a song or two coming your way. 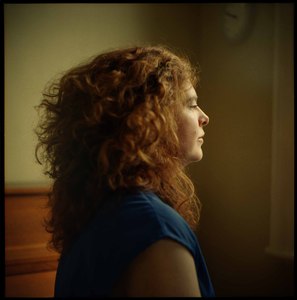 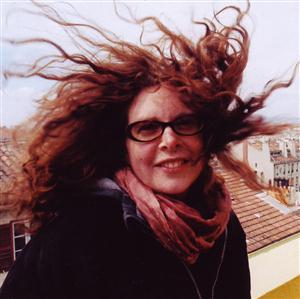