The first sound you’ll hear on oh little fire is a high-pitched keening, like the shrieking of an unattended phone, or the distant skirling of a ghost on a winter night.

Suddenly, Sarah Harmer’s band kicks in, with drums propelling a gust of rock more forceful than anything she’s played since her mid-‘90s days with rambunctious Kingston rockers Weeping Tile. She sings with a sense of purpose: “A new wind will blow through everything / Through everything I know.”

On oh little fire, her first album in five years, Harmer sounds reinvigorated and positively charged. In the years after touring her last studio release, the Polaris Prize-nominated I’m a Mountain, she set music aside to focus on political and environmental campaigns, helping to shepherd PERL (Protecting Escarpment Rural Land), the organization she co-founded. Only on occasion did she venture into the studio, lending backup vocals to artists such as Neko Case, Howie Beck, and Great Lake Swimmers. Her own music and lyrics were waiting for the opportune time to burst out: as she sings on “Careless,” “All the words that I’ve held too close to my chest / Are calling on me now to get through.”

oh little fire was recorded in a Toronto east end studio run by producer Gavin Brown (Metric), and on Wolfe Island, near Kingston. The songs reflect this dual genesis: “The City,” with its chiming power-pop punch, tells of “places to meet up under the light,” in rained-out streets, while “New Loneliness” is a spooky, spacious track that references canoeing, insects, and “wandering white-tailed deer.”

Wherever the songs are set, the lyrical thread of determination – turning regret into resolve, ties them together. Where on her first solo hit, 2000’s “Basement Apartment,” she sang of suffocation and resignation, Harmer takes the opposite tack on oh little fire. The “new wind” blowing through the opener, “The Thief,” sweeps away the bitter past. The lilting “Careless” rails against self-absorption, and finds Harmer vowing, “I’ll be hollering out the words that I meant to use.” On “Captive,” the jaunty, shimmering first single, she coyly suggests that her hurt “darling” should “forget the way I acted / It’s just I’m out of practice.” On “Silverado,” oh little fire’s one cover song (written by Music Maul’s Trevor Henderson, who plays lap steel on the album), Harmer sings from the viewpoint of a ruffled character who uses his sour grapes to fuel an engine.

“Silverado” is the only track on oh little fire that harks back to I’m a Mountain’s alt-countryesque feel, and to the leisureliness of its predecessor, All of Our Names (2004), which was recorded in Harmer’s bedroom. At the same time, though, the song is buffeted by a horn section led by trumpeter Bryden Baird (Feist’s musical director), as well as by vocals by Neko Case, who returned the favour after Harmer sang on 2009’s Middle Cyclone.

oh little fire is, sonically, Harmer’s most fully realized album; its layers of textures, from ear-tingling atmospherics to gut kicking power chords, complement the deceptive complexity of her songs. Whether she’s channeling Neil Young through Teenage Fanclub on the likes of “Late Bloomer” or floating away on a stream of Julie Fader’s backing vocals on the evanescent closer, “It Will Sail,” Harmer is always offering new pathways for the listener to explore. Throughout, her voice, clear and precisely emotive, is the beacon that guides you on your way.

The album’s title comes from the song “One Match,” which builds from a solo acoustic ditty to a crackling, string-laden sing-along. “If I only had one match left,” she sings, “I would try to light the fire between us.” On oh little fire, she uses the spark of inspiration to light musical fireworks – the kind that glow brighter than the city’s shiniest billboards, that twinkle longer than the hardiest of the country’s fireflies, that linger with you through the gloomiest nights and drive the ghosts away.

All of Our Names

Time: A Sense of Place comp 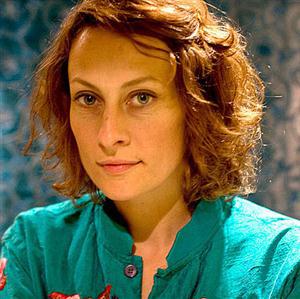