JERRY DOUCETTE came by his talent and success naturally: his family are musicians by trade. As a youngster he would sit in on jam sessions with his father and Uncle Jim. The family picked up their MONTREAL stakes and moved to HAMILTON, Ontario when Doucette was 4 years old, and two years later he got his first guitar. Lessons soon followed at age 8 and he joined his first band, the REEFERS, at age 11. He remained with the group for five years then moved to Toronto, playing in various bands like TRIBE, BRUTUS, ABERNATHY SHAGNASTER, and HOMESTEAD. He hooked with Alexis, who was working on a deal with Mushroom Records out of VANCOUVER, and when she got signed, she asked him to make the trek out west. Nothing came of the Alexis recording sessions and so he answered the call for a guitarist for the SEEDS OF TIME, featuring future Prism co-founder Lindsay Mitchell. Six months later he joined the ROCKET- NORTON BAND (Norton also going on to be in Prism), but two years later he was tired of the local bar scene and retired.

After sequestering themselves for three months, Doucette emerged from the basement with three of the 16 demos he'd recorded and approached Shelly Siegel of MUSHROOM RECORDS. Siegel was so impressed that he asked for three more tunes, and Jerry returned the next day with them. He was advised to put a band together and did so, featuring Duris Maxwell (drums, percussion), Don Cummings (bass), Brent Shindell (rhythm & acoustic guitars), and Robbie King (keyboards); Doucette himself handled all lead guitar and vocals, and rhythm and 12-string duties. They went into the studio in 1977 and came out three months later, in November, with Doucette's first album, 'MAMA LET HIM PLAY', which quickly went PLATINUM in Canada. Adding Jimmy Butler (guitar) and Ira Hirschel (keyboards) to his lineup, he hit the road in the US, opening for the likes of Bob Welch, Bob Weir (of the Grateful Dead), Eddie Money, and MeatLoaf. The reaction was swift and strong, and a female backup singer was added for the Canadian tour in 1978.

After the Canadian tour he went back into the studio with a new line-up of musicians and producer John Ryan, and came out in early 1979 with 'THE DOUCE IS LOOSE', which spawned the Canadian hit "NOBODY" and helped the album to ship gold. Another trip to the US saw him cross the continent twice, including nine days with the Doobie Brothers in April, but continued touring there and in Canada with acts such as the Beach Boys and the Atlanta Rhythm Section failed to boost sales of the second album to the loft heights of the first. Management and financial troubles plagued Mushroom Records at this time, which Doucette felt hurt the second album, as did continuous band personnel turnovers, and by the time Doucette settled down to write and record his next LP, the only members left in the band from previous lineups were Billy Wade (drums) and Don Cummings (bass).

Doucette attempted to gain back some of the momentum with the Rio Records release 'COMING UP ROSES', but the industry, having become new wave and keyboard dependent had little time for the guitar great. Fast forward to the 1990's and Doucette took control of his own career with the re-issue of 'MAMA LET HIM PLAY' on CD (Doucette bought back the rights to the album) and a new album engineered by Colin Nairne (Barney Bentall, Sue Medley) called 'Price of An Education' in 1995. This album comeback reminded us of his diversity and sheer genius. Backed by the tracks "BIG GOV'T MAN", "MIRACLES" and the title-track, his trademark raucous blues style of guitar was back. He did limited mini-tours in support of the record, and was met with raving crowds. Young and old, they knew who he was and were glad he was back. His new crew featured Darrell Mayes (drums), from Colin James and The Falcons, Dennis Marcenko (bass), Bobby Stewart (guitars and vocals), and Rick Hopkins on (keyboards).

Jerry continued to tour from the late 90s to present day focusing his seasoned musical maturity on developing a fine reputation for presenting his fans with a classy blend of energized traditional blues tunes with his already Classic Rock/Blues originals. The Classic Rock event “MINNEDOSA FESTIVALL '99” featured a highlight moment with a packed audience of supportive young teens and old school fans delighted to see the Canadian Guitar Legend back with a vengeance. Dave Kilner (bass), Ian Forrest (drums), and Anthony DellaCroce (guitar) held a more than 6 year run as supporting members. Jerry’s most recent release is his VINTAGE CDrom featuring a collection of 17 of his best tunes re-mastered, most of which are not in circulation, 3 live cuts, and an extraordinarily rare UPCLOSE and PERSONAL audio interview accompanied by an over 60 picture slide show featuring RARE photos, promo, billboard charts and live photos.

Jerry is still out here teaching us about the PASSION of music and you can catch him live with his all star crew… Trevor Newman (bass), Marco Ibarra (drums), and Wailin' Al Walker (guitar)…proving it again each time he hits the stage that he hasn't lost his edge, delivering clean melodies and slick pop each time out.

The Deuce is Loose

Price of an Education

The Deuce is Loose

Price of an Education

All I Wanna Do b/w Back Off

Down the Road b/w Cat Walk

Mama Let Him Play b/w All Over You

Nobody b/w All Over Me 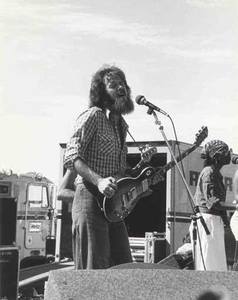 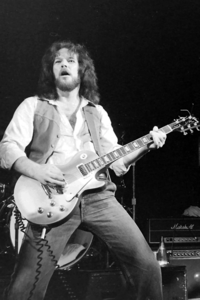 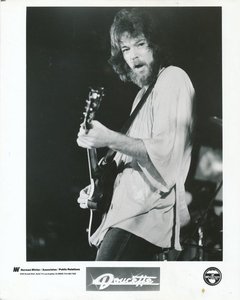 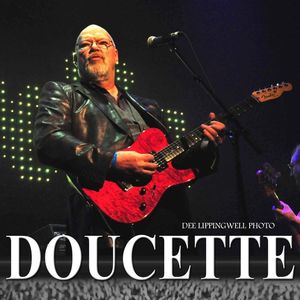 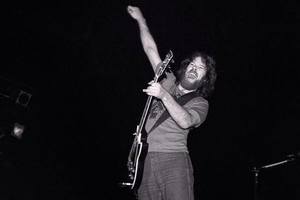 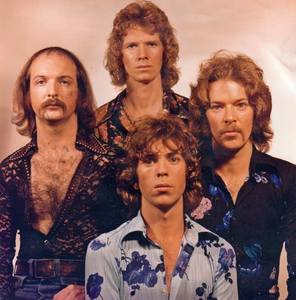 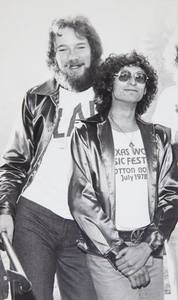 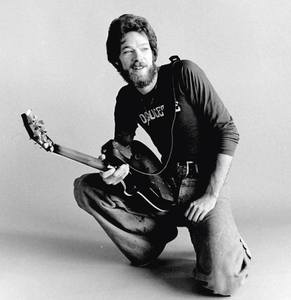