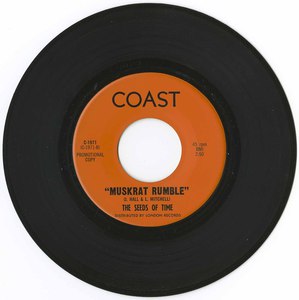 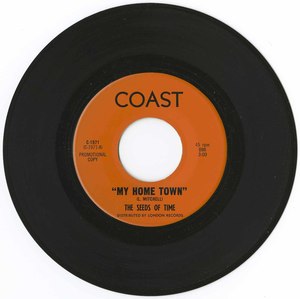 At first we learned songs note-for-note off the record. It was just like paint-by-numbers; we didn’t actually know or comprehend the musicality, it was just copying the sounds. A monkey could have done it (probably better). But when vocalist, Geoff Edington replaced Kripps and guitarist, Lindsay Mitchell took over for Brnjac we became musicians. We began experimenting with music. We did our own thing. If Geoff had heard a song he liked he kind of strummed the chords and guessed at the melody & lyrics and we all played it any way we felt like it. We never copied a song off the record again; we just made it up. Somehow our repertoire of Elvis, Procol Harem, Ray Charles, Frank Sinatra, the Doors, Donovan and other diverse artists melded together into some kind of a cohesive style all our own.
It was 1967 and the SEEDS OF TIME hit the road. It almost killed us ... the drugs, the booze, the sexy girls and five guys in a van hurling along treacherous mountain highways in the dead of winter. It was glorious!