Lisa Dal Bello (born 22 May 1959), also known as Dalbello, is a Canadian recording artist, songwriter, multi-instrumentalist and voice actress. She released three albums in the pop and pop/rock genre in her late teens, from 1977 through 1981 under her full name. In 1984, she re-emerged as Dalbello, with an edgier brand of alternative rock.

Born to Italian and British parents, Dalbello grew up in Weston, Toronto, and then with her family moved to Vaughan. At age 11, she began playing guitar and writing her own songs, performing at the Mariposa Folk Festival and the Fiddlers' Green club in Toronto. The first song she wrote was reportedly a protest song called "Oh, Why?"

Lying about her age, at 13 she joined a government-sponsored educational music program, Summer Sounds '71, which auditioned students at various southern Ontario middle and high schools, with the objective of selecting 30 singers, songwriters, musicians and performers who would receive the opportunity to spend the first month north of the city of Toronto at a summer camp. The students would collaborate creatively, forming small music groups and bands for which they rehearsed and built a full show that toured and performed at various events throughout Ontario for the second month.

Recording career
In her early teens Dalbello was featured on a record by St. Margaret Mary Church Singers, where she performed two covers of traditional church songs - "Blowin' In The Wind" and "Amazing Grace".

At the age of 14, Dalbello made her 1974 recording debut with a 4-song EP that was recorded for CBC Radio, Canada's national broadcaster. The record was produced by Jack Budgell. The EP featured four songs written and composed by Dal Bello - "Mourning In The Morning", "The Old Man", "Come Sun Days" and "Human".

In 1975 Dal Bello was featured on a Christmas compilation by the CBC Radio, where she performs the traditional Christmas carols "Deck The Halls" and "O Come All Ye Faithful" and a medley together with Dianne Brooks and Roy Kenner. These records were not commercially available, and airplay was legally restricted to the CBC only.

Signing with MCA Records out of L.A. when she was 17, Dalbello's self-titled debut album in 1977 was produced by David Foster and featured the then-unknown Toto members Mike Porcaro, Jeff Porcaro, Steve Lukather, David Paich and David Hungate. She also collaborated with Jay Graydon, who is featured on guitar. The album won a 1978 Juno Award for Most Promising Female Vocalist of the Year. Despite her win, however, MCA dropped her from the label because the album's production had been too expensive. During these sessions Dal Bello recorded a song for Jay Graydon called "You're My Day". Written by Graydon and Harry Garfield, the song is not featured on the album. The song was later released on a 2006 compilation album by Graydon, titled "Past To Present - The 70s". Mike Porcaro played bass on her next album Pretty Girls released independently via Talisman Records. Pretty Girls received her second Juno nomination in 1979 in the category of Female Vocalist of the Year. The album was later reissued by Capitol Records. Later in 1979, Melissa Manchester covered the song "Pretty Girls"; released as a single, the track hit the US top 40. This marked Dal Bello's first international success as a songwriter.

Dalbello, signed to Capitol Records, released her third album Drastic Measures in 1981. Dalbello collaborated with Bryan Adams and Tim Thorney on the album.

She told Billboard, "I felt there was no point in making records if I hadn't found a sense of how I fitted in musically, and how to express myself. I hadn't yet learned how to convey my musical ideas to the people I was working with." During this time, David Bowie's former Ziggy Stardust guitarist Mick Ronson saw her in a CBC Television documentary on Canadian music while working at Phase One recording studio in Toronto and convinced her to record another album.

That album, whomanfoursays (a homophone for "human forces"), was co-produced by Dalbello and Ronson. It was also her first album recorded as Dalbello, and marked her transformation into an edgy rock artist. The transformation worked – the album was even more successful on the Canadian pop charts than her earlier albums had been. The album spawned the hit singles "Gonna Get Close to You", later covered by Queensrÿche, and "Animal", which was covered by Heavens Gate. whomanfoursays garnered four Juno nominations: two for Dalbello herself as Producer of the Year and Female Vocalist of the Year, one for Lenny De Rose for Recording Engineer of the Year and one for art director Heather Brown and photographer Deborah Samuels for Best Album Graphic.

In 1985, Dalbello was nominated for a seventh Juno in the category of Female Vocalist of the Year.

In 1986, Dalbello wrote and recorded the songs "Black on Black" and "I Do What I Do" for the 9½ Weeks soundtrack. Although included in the film, Dalbello's recording of "I Do What I Do" was not on the soundtrack album, which instead featured a recording by John Taylor of Duran Duran; her recording of "Black on Black" did, however, appear in both the film and the soundtrack album. Dalbello also worked with other artists including Duran Duran's John Taylor, Heart, the band Nena, Glass Tiger and their producer Jim Vallance.

Ronson and Dalbello planned to record a second album, however, Ronson was passed over by both her record label and her manager at that time, Roger Davies, over Dalbello's strong objections. Dalbello then submitted four self-produced song demos to her U.S. label and manager, only to have them rejected because they wanted a real producer. Accordingly, in 1986, it was reported that Rupert Hine had finished producing a new album for Dalbello. However, regardless of the status of the Hine-produced album, partly out of frustration and partly as a practical joke, Dalbello re-submitted her self-produced song demos—crediting the producer as "Bill Da Salleo", which was nothing more than a simple anagram of her name. To her surprise, her label and manager excitedly called her up saying that they loved the new demos and believed "Bill" was the perfect producer for the project.

The Hine-produced album was subsequently scrapped, and remains unissued. However, Dalbello would contribute guest vocals to Hine's "virtual band" project Thinkman, appearing on the title track of their 1986 debut album, The Formula. Dalbello continued to produce her new album under the "Da Salleo" pseudonym, managing to keep both her label and manager from visiting the sessions by booking the studio time late at night. She broke the "news" of "Bill's premature death" to her Canadian A&R person Deane Cameron just prior to delivering the album to the label, and shortly after Cameron called her out of concern that the label had no signed production agreement between Bill Da Salleo and themselves. When the ruse was revealed, Cameron, a maverick in Canadian music circles who was the first record label A&R person to have signing autonomy from his U.S. label counterpart out of L.A., reportedly laughed out loud, proclaiming that Dalbello had "truly kicked the L.A. A&R offices' asses." However, with the knowledge that Bill Da Salleo was actually Dalbello, her manager began to question the strength of the album's production and commercial viability. It was suggested that half the album be scrapped and new songs be recorded with a new producer and other songwriters. The album was delayed 18 months as a result.

EMI released the album she in 1987. The album's singles, "Tango" and "Black on Black", were Dalbello's biggest hits. The success of she allowed her to tour extensively, particularly through Europe. After the album's release, Dalbello ended her contract with Capitol Records and decided to relocate to Los Angeles in 1990.

During her time in L.A., Dalbello spent the next four years expanding her musical contacts and writing songs for other artists such as Branford Marsalis and Julian Lennon, and co-writing with successful songwriters Carole Bayer Sager, Franne Golde, Bruce Roberts, Holly Knight and Gerald O'Brien. In 1991 Ronson and Dalbello discussed collaborating again. However, everything was put on hold because of a downturn in Ronson's health. Ronson died of liver failure in 1993.

In 1994 Dalbello's former manager, Roger Davies, asked her if she wanted to record another album. Through Davies' efforts, a recording deal with EMI Electrola, which is based in Germany, was forthcoming. Dalbello moved back to Toronto to complete work on her new album. She released whore in 1996, which received favorable reviews from critics upon its release. After the album's release she returned to Europe to tour for the rest of that year. 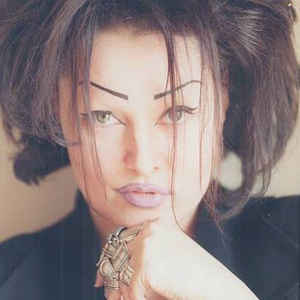