Pat Buckna is the president of Maryhill Music and Jamadam Records and has been involved in the creative arts since the 1960's when he began performing professionally in Calgary. He toured throughout Western Canada and Canada's north during the late 1970's and 1980's.

In 1980, Pat made his home in Fort Smith and formed the first NWT record label, Jamadam Records. During those years, Pat recorded and released two albums of original material "Roll Me a Dream" and "Flint & Steel" (with Jim Green).

In 1983 Pat moved to Yellowknife and released a fundraising single called Bombs Over Heaven in protest of the cruise missile testing in the Arctic, along with a song by Moon Joyce called The Infinite Edge for Operation Dismantle.

The same year Pat released the Faro, Yukon native Rob Wallinger's "Keep em Guessin'" LP on Jamadam Records JAD 002 (The album was engineered by Daniel Lanois and was produced by David Essig). Rob had actually recorded the album prior to meeting Pat who agreed to release the album on Jamadam Records since he had the only established northern record label.

In 1984, Pat released a cassette of "Hornby", composed as theme and incidental music for an original stage play of the same name by Yellowknifer Bruce Valpy. He also became artistic director of Folk on the Rocks - a three day musical festival held in Yellowknife, elected president of the new Northern Arts and Cultural Centre (NACC) from 1984-5 in Yellowknife and was appointed to a three-year term on the Canada Council Touring Advisory Board, representing the NWT and Yukon.

Pat also was chosen to record, produce and release "The Yellowknife Album" to celebrate the capital's 50th anniversary. The album was released on his Jamadam Records label. Around the same time, he composed radio and television theme music for a weekly TV show called Northlands on CBC North.

In 1986, Pat's album "Echoes of the Northland" was released in Vancouver, BC. The instrumental environmental soundtrack was composed and featured in the NWT Pavilion at Expo '86. Pat was the cultural manager of the pavilion and brought over 750 artists, musicians and other cultural performers and demonstrators to Vancouver during the exposition.

Following Expo 86, Pat permanently relocated to the west coast, where he continued his involvement in the arts, first with the Asia-Pacific Festival and later as production coordinator and mainstage manager of the Vancouver Folk Music Festival. In the early 2000's Pat turned his attention to writing. He completed a creative writing certificate at Simon Fraser University and is currently working on a memoir.

In 2009 Pat re-released "Flint & Steel" on CD, which includes Echoes of the Northland as a 13 minute bonus track.P

The Yellowknife Album comp: a collection of poetry, music, stories and songs celebrating the 50th anniversary of the capital of the Northwest Territories 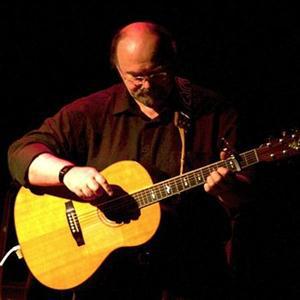