In a music world littered with singer-songwriters, Adrian Glynn stands apart. The Vancouver-based troubadour takes any opportunity to defy convention: he has turned murder ballads into spell-binding, microphone-free serenades, and abandoned the standard rock band setup in favour of suitcase kick drums and clawhammer piano strings.

This anything-goes approach to his craft has been Glynn’s trademark since his earliest musical endeavours. Originally a trained character actor, his flare for live performance quickly won over audiences, and he teamed up with all-star producer Dave Glen (54-40, Matthew Good Band) and mixer Warne Livesey (Matthew Good Band, Xavier Rudd) to record his 2007 self-titled EP.

In his intimate solo shows, Glynn continued to perfect his timeless blend of rough-hewn rock and dusty, Depression-era folk and blues. Audiences in countries as far-reaching as England and India were soon introduced to his vivid storytelling.

Seeking more creative outlets, he joined the lauded local folk/spoken word group the Fugitives in 2009, and entered the Peak Performance Project as a solo artist that same year. This prestigious battle of the bands contest named Glynn as one of the top 20 finalists for its whopping $150,000 prize.

Always eager to diversify his sound, Glynn began writing songs on a century-old balalaika given to him by his Ukranian grandmother. Originally belonging to a Russian soldier prior to the First World War, the historied instrument inspired the tracks “Blue Belle Lament” and “Mother Mary.” These chilling character sketches both appear on the new album Bruise, which is due to be released by Light Organ Records on September 6, 2011.

Glynn recorded Bruise during an intensive month-long session at North Vancouver’s Bakerstreet Studios with co-producer Matthew Rogers (C.R. Avery, Mark Berube). Hiding from the rain and working fourteen hours a day, six days a week, the pair played nearly all of the instruments themselves. They also recruited the local Fringe Percussion Group to add their inventive rhythmic touches to Glynn’s acoustic laments.

Ranging from stomping grooves to textured ballads and spine-tingling a cappella, the album’s twelve songs are intricate and boundary-pushing while still retaining the songwriter’s stripped-down intimacy and melodic accessibility. It reaffirms what fans have seen in Glynn since the beginning: an artist unafraid to deconstruct ancient musical traditions and rebuild them as his own. 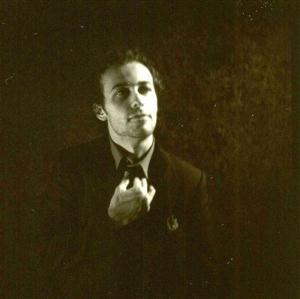