Barney Bentall, Tom Taylor and Shari Ulrich first played together in November 2007, at a songwriter concert on Bowen Island. They – and the audience – enjoyed the collaboration so much that they soon embarked on more shows together. Exactly one year later, they returned to Cates Hill Chapel and recorded “Live at Cates Hill”: an eclectic mix of the character, voices and songwriting talents of these three unique artists…or, as someone recently said, two Canadian legends and the number one draft pick!

“It was an easy combo to bring to life,” says Ulrich. “Tom's got a killer voice – tons of character – and he’s a wonderful guitar player. When he sent me his tunes I fell in love with them instantly. And Barney, well there's just no one in the world like him. I’m utterly captivated by his writing, his singing, his music. After every show we say the same thing…’man, that was SO much fun!’”

Barney Bentall and his band The Legendary Hearts were indeed legendary in Canada through the 80s and 90s. In '97 Barney traded in his rock and roll life for that of a cattle rancher in the Cariboo, deciding that he would only write songs when they wouldn't leave him alone. Most of them didn't. Those songs have renewed Barney’s love of performing, both in the form of solo acoustic shows and of the Grand Cariboo Opry, which includes the Legendary Hearts, son Dustin, and many other old and new friends, and most recently, his partnership with Shari and Tom. Barney released a solo album (Gift Horse, on True North Records) in 2006 and in 2008, a DVD of the Opry show, and in 2010 “Inside Passage”. www.barneybentall.com

Tom Taylor has spent most of his musical career playing in the Vancouver cult band "She Stole My Beer". After two albums and years of touring, the band decided to call it quits for a time, prompting Tom to pursue songwriting as a solo artist. His first solo album, "King of July" (2005) was released on Curve Music in Canada, and also found distribution in the Netherlands, Belgium and South Korea. In 2008 Tom teamed up again with Juno Award-winning multi-instrumentalist and producer Steve Dawson to record “Running Late” (Curve Music). Taylor carries on the classic tradition of the singer/songwriter - a troubadour who can effortlessly draw listeners into his world. www.myspace.com/themusicoftomtaylor

Shari Ulrich’s finesse on violin, mandolin, flute, piano, sax and dulcimer was first heard in the early 70s with the Pied Pumkin. After 2 years with the "Hometown Band," Shari went on to record six solo albums of original songs as well as two with UHF and three with the re-emergence of the Pied Pumkin. Their latest was the award winning Pumkids. She recently released her 7th solo album “Find Our Way”, and her 19th including work with the Pumkin, UHF and with Barney and Tom. Shari also composes and produces music for television and documentaries, teaches songwriting, and produces the long running Bluebird North songwriter series. She and Barney are also in the the bluegrass group “The High Bar Gang”. 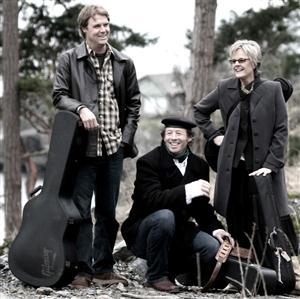