The World Provider sows delight and confusion, continuing to fine-tune the irresistible combination of catchy tunes and over-the-top theatrical performance.

The WP got started in Toronto in 1999, coming up alongside some friends you might have heard of – Peaches, Feist, Gonzales, Mocky, Taylor Savvy. Eventually they all moved on to Europe and varying degrees of fame. The WP, in a misguided display of non-conformity, stayed on these shores, relocating to Montreal. 2004 saw the release of Enabler on Montreal’s Ta-Da Records.

In 2005, The World Provider was expanded to a full band with the addition of drummer Olga Goreas and keyboardists Kara Blake and Stacey DeWolfe. The all-girl crew’s matching gold outfits, occasional bursts of choreographed dance, and unlikely toy-keyboard rock assault solidified the WP experience into Entertainment Gold, earning the band a nomination for "best live performance" at the Montreal Independent Music Initiative awards.

The WP went on to release the Lost Illusions EP (2006) on Ta-Da and the self-released Hard Feelings (2008). After Olga left the fold to focus on the Besnards, a duo version featuring Malcolm and Stacey toured Canada, the US and Europe in 2008-2009, including opening slots for Peaches, Jamie Lidell, Stars, The Dears, Kevin Blechdom and puppet hip-hop crew The Puppetmastaz.

Then began the recording of the new WP opus, produced by Dears frontman Murray Lightburn. With the WP's vintage cheap keyboard not quite surviving the European tour, it was time for a different approach, and the new album sharpens the WP's focus into pure anthemic pop heaven. The new WP band, featuring Kara and ex-Besnards guitar wizard Steve Raegele, is currently in preparation to take the mission to new levels in the WP's second decade.

The Elements of Style

Deep Inside The World Provider 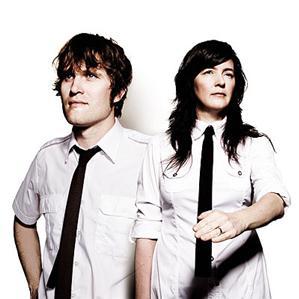