" Have guitar. Will travel."
William Terence Tufts is a finger-style guitarist living off-grid with his wife and collaborator (pianist Kathryn Briggs) and daughter (singer/guitarist/pianist Beth Tufts) in the bush in North Frontenac, Ontario.

Terry has been playing music professionally since 1974. His father's job with the Canadian Government moved the family to Denver at a time when the folk and rock music genres were forming opinion everywhere. Other postings that influenced him musically took him to Ottawa, ON, and Rome, Italy. Upon returning to Canada to complete high school he began pursuing his own musical career as a singer-songwriter and guitarist, as well as working as a session musician and sideman for a variety of artists. (Tom Paxton, Kathryn Briggs, David Francey, Colleen Peterson, Laura Smith, Laura Bird, Ian Tamblyn, Bill Garrett & Sue Lothrop, Charlie Sohmer, The Arrogant Worms, Wayne Rostad, Susan Aglukark, Tracey Brown, and George Fox.)

He plays mandolin, mandriola, banjo, cittern, and guitar - primarily guitar (for fun since 1958 and professionally since 1974.)

He has 7 solo albums to his credit, is part of 16 different compilation albums, plus a collection of instrumental music and a seasonal album performed and written with Kathryn Briggs as part of their duo K.E.W.T. (standing for Kathryn Elizabeth and William Terence), and has, as part of THE ALGONQUIN ENSEMBLE (a sextet consisting of Kathryn, John - Double Bass, Lisa Moody - Viola, Laura Nerenberg - Violin, Margaret Tobolowska - Cello, and Terry on various fretted instruments) released a collection of original music inspired by the canvases of Tom Thomson. Their sold out premiere performance was July 9th, 2017 in Kleinburg, Ontario at The McMichael Canadian Art Collection.

-Self-taught from 9 years of age.

-Swinging On A Star with Murray McLauchlan

-Four self-financed and self produced albums to credit

Down the Eighth and Gone

Down the Eighth and Gone 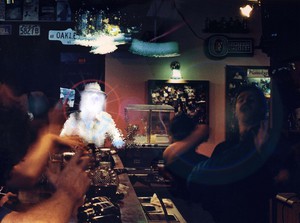 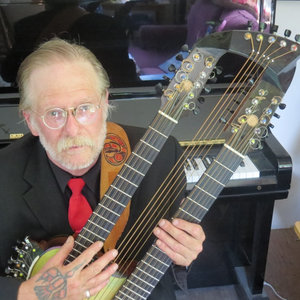