Serge Plotnikoff, a Doukhobor singer from Kinnaird, British Columbia moved to Castlegar, BC in 1959 with his wife Violet, author of the book "Head Cook at Weddings and Funerals" (she passed away in 2008). In Castlegar, Serge joined a local band, playing bass with Buddy Marr and the Versatiles from 1958 through 1966. Serge and his wife were active in their community and were members of The Doukhobor Cultural Association. Serge was also a part-owner of Castlegar radio station CKQR until 1991. He composed an official song to commemorate the 1971 British Columbia Centennial, but lost official adoption of his song to Bobby Gimby's "Go, British Columbia Go".

In 1972, he recorded this album on his own label, named after the street and city he lived on (5th Ave Kinnaird, Castlegar). Here, you can hear Serge's tribute to British Columbia and a few great spots along the way including a tribute to Nelson, one of Canada's coolest cities.
-Robert Williston

British Columbia b/w Was Lady Luck Beside You 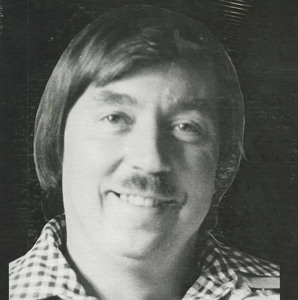