Murray, Anne-Marie - Has Love Gone Out Of Style? 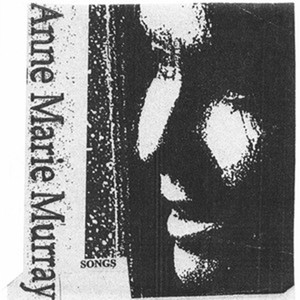 Q: When did you begin to sing? Was your family musically active? Describe the environment in which you were raised.

A: I began to sing in a golden childhood by the ocean in Newfoundland. My parents were singers in the choir and teachers of literature so I heard songs and poetry all the time. My mother's ancestors were the wisest of Waterford and they wrote books and poetry. One of them was made Minister of Education. Sir Thomas was by Queen Victoria. My father, a most beautiful voice, sang every song of Ireland, England, and Wales; Celtic songs.

They were very shy people who lived a very quiet life. Very much in love, and the first seven years of my life were like a beautiful song. Then I went to school. The music teachers trained me to sing at Kiwanis Music Festivals in Saint John's. A prominent music educator, Alfred North Whitehead said, “Watch this little girl. She'll go places." I traveled to Ireland and sang there all summer in county Kerry and interviewed in Dublin. I also traveled to the West Indies and sang there several times and played the piano, and wrote the song “The Young People In Los Angeles."

A: At 16, I auditioned at the Royal Conservatory of Music at the University of Toronto, and spent the better part of my teenage life there on a scholarship base. After the classical training I heard the Greek singer Nana Mouskouri, and Mireille Matthieu from France, when I visited the Mediterranean. I would love to work with backup musicians that the above two people worked with when they were recording in Paris. Ira Stewart, a producer of CBC in Halifax, Canada, heard the song “Sweet Souvenirs of Stephan." He said that my rendition of “Sweet Souvenirs of Stephan" was even better than Matthieu, the French star, and he got back in from the CBC Toronto to do the recording of “Stephan."

Q: You've received praise from Gerard Wexler, Ray Charles' producer. How did that come about?

A: I wrote to Gerald Wexler after reading his biography. I had seen him behind the glass in the film about Ray Charles - in the recording studio. He told me to send him my CD. I have a letter from him here. He highly praised the recording and comments in the letter that it was a rarity for him. A part of the review is on part of the homepage on my website. As you know he's an American icon who did American Masters on PBS. I was privileged to have this letter before his death.

There's very little grass roots activity that would lead to that kind of experience and exposure in Ottawa, the nation's capital. People like Mouskouri and Mathieu come to the National Arts Centre to perform, and that has been a joy for me.

Q: What was your best fan response?

A: Smaller more and more intimate audiences in five-star hotels, in two across Canada tours were my favorite.

Q: The hardest part of being a musician?

A: Depends on what country you're in. I wrote a song called “The Hockey Stick Society" about Canada, but I have written it in the quiet. I like the quiet, so I've written books such as Sublimation Street, and The Indian Giver - Portraits in Words and Songs. Many songs, such as “The Bells of Saint Anthony's," in which Italy has expressed an interest, and “Has Love Gone Out Of Style?", which was in some of the top entries in the Los Angeles song writing competition.

Q: How would you describe the music scene in your part of Canada?

A: I think if Edith Piaf, Judy Garland, or Matthieu or Mouskouri were born and lived in Ottawa, they probably would never sing live. As I mentioned, it's the hockey-stick society. There has to be contact with the outside world, and thanks to Steve Jobs, inventive genius, that now has come to pass.