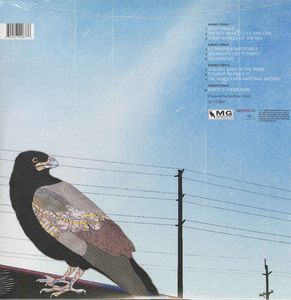 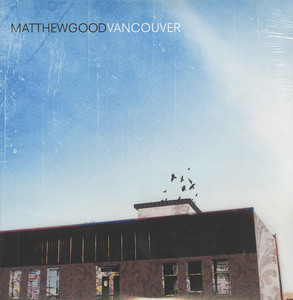 Following Hospital Music (2007), a solemn album addressing his recent experiences with divorce, drugs, and death, Matthew Good looks outwardly on Vancouver, a loosely tied together concept album about his hometown and in particular its poverty-plagued Downtown Eastside. Good's passion for social issues is in full flight on Vancouver, an album ideally oriented toward his talent as a lyricist. He often casts a frustrated eye toward his hometown, seeing it in a rather negative light that might upset some of those who have an affection for the much-beloved city. Then again, this should be no surprise to anyone familiar with the singer/songwriter. Well-known as someone outspoken and quick to criticize anything, be it the Canadian music industry or U.S. foreign policy, Good's activist reputation precedes him at this point in his career. Time and time again, Vancouver finds Good searching for meaning in a world full of changes that distress him, where his hometown is someplace he no longer calls home, but rather something he carries with him in his heart. From a musical standpoint, Vancouver is reminiscent of Good's first solo album, Avalanche (2003), with its guitar-driven intensity, string arrangements, and epic-length songs. The album begins magnificently with "Last Parade" and "The Boy Who Could Explode," two particularly intense epics that carry on for 13 minutes. Another pair of highlights follow, "Great Whales of the Sea" and "Us Remains Impossible," the latter of which is the album's most memorable song. Vancouver slows down after these first four songs, beginning with "On Nights Like Tonight," where hard-rocking riffs give way to acoustic guitar and soaring strings. There are some standout songs found on the second half of Vancouver, most notably "Volcanoes" and "A Silent Army in the Trees," but there are also some dull ones, in particular "The Vancouver National Anthem" and "Empty's Theme Park," a pair of album-closing epics that drag on for 16 minutes.
-Jason Birchmeier, Allmusic